Boreal Forest, Balmy Climate And Birds In The Next Century 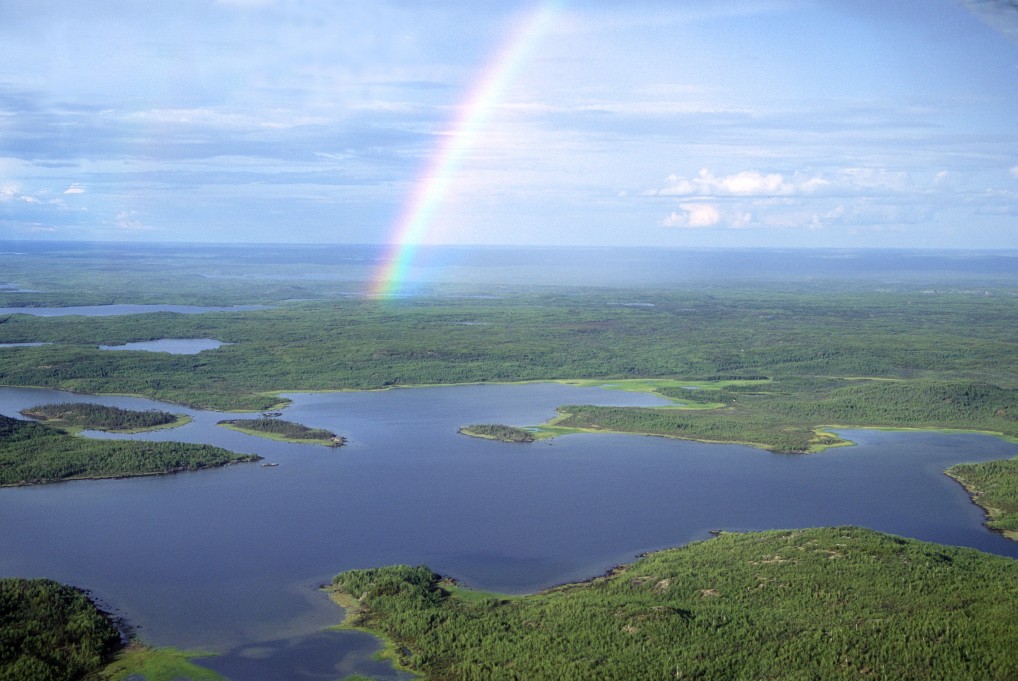 Changes in the Boreal Forest

The boreal forest is an iconic northern landscape that stretches from the Atlantic Ocean to the Bering Sea coast of Alaska. The 1.5 billion-acre boreal forest is the largest old-growth forest in the Western Hemisphere and contains vast quantities of fresh water and immense carbon storage. It also produces 3-5 billion birds annually to the Americas and beyond, earning it the title of the “bird nursery of the Americas.” The boreal also faces growing incursions to extract extensive timber, petroleum and mineral resources.

There is growing evidence that climate warming is occurring more dramatically and increasing more consistently in the northern latitudes, and that there will be significant effects on boreal birds and their habitats. What will the boreal forest look like in 100 years? How will the abundance and distribution of birds change as a result of climate-induced transformation and succession? How should conservation planners adapt to projected changes? These questions are the subjects of two recent journal papers.

Looking at the Large Scale

Diana Stralberg at University of Alberta and colleagues from other universities and agencies have attempted to look into the future of the boreal biome at a very large scale. They used global climate models, land use and topography data and bird survey databases from the Boreal Avian Modelling Project (an international research collaboration) to develop predictive models of climate-related changes to boreal birds and their habitats. The studies also looked at sources of uncertainty and variability in these datasets to determine needs for more data and to assess the reliability of predictions that can affect long-term conservation strategies.

In looking at future habitat changes, Stralberg notes that the boreal biome is much more diverse than it first appears. Though much of the boreal is relatively flat where the effects of climate change may play out extensively, it is also underlain by variations in soil and landforms from the Canadian Shield country in the east and central boreal to the taiga, hills and glacial refugia in western Canada and Alaska. Understanding the physiographic and climatic variations is central to the research at hand in identifying macrorefugia and where climate change may be slower, or slopes and ecotones where succession may mostly redistribute habitats.

In addition, boreal vegetation and ecological communities are patterned by large dynamic forces, primarily fire and insect outbreaks. These forces create patchworks of successional zones that affect birds and other wildlife. The future state of boreal bird populations will depend on large, ecologically intact areas that sustain these dramatic events and the mixture of seral stages that follow.

How will bird populations change?

As boreal habitats change, the response by boreal birds will vary, due to differences in migration ecology, degree of habitat specialization, and population size. In general, northern species are expected to decline and shift ranges, while southern grassland species are likely to increase as parkland and prairie habitats expand. As researchers and conservationists look into the future, it is assumed that there will be winners and losers among species as climate changes the landscape, but it will be essential to describe changes in abundance in relation to shifts in species distribution. What are the net effects of species that are moving into the boreal from the prairies, expansions into Alaska, and northward into the southern Arctic?

What the research may tell us

Though the rate and magnitude of climatic effects are still uncertain and short-term variation is difficult to interpret, the trajectory of warming and some ecological processes have emerged. Stralberg and her colleagues present some approaches that refine our understanding of how climate change may unfold—most importantly in the differential patterns across the boreal. Macrorefugia, such as coastal, altitudinal and biome transition areas where the effects of climate change may be less pronounced, may serve as long-term core habitats for most boreal bird species. In contrast, much of the more uniform parts of the boreal region are likely to see an expansion of deciduous forest and other habitat types that are less favorable to some bird species.

This research will be very valuable in several ways. It will help identify core boreal habitats of high long-term value. It will also help refine methods to evaluate projected successional changes across the vast region. And, it will help develop tools to establish appropriate conservation targets when the landscape is changing. One very interesting part of the papers looks at the current system of protected areas in relation to areas that are projected to be of high value to boreal avian species in the future. Ecological science for the boreal region is making great strides and providing insights to put climate change and bird conservation into perspective. Much more information is needed to validate and refine conservation policies and action, through efforts that improve climate models, compile more landscape and bird survey data, and consider cross-seasonal effects on birds throughout their annual cycles.

In the meantime, Stralberg offers a take-home message for conservation planners: “As boreal birds are hit with the double-whammy of climate change and industrialization, it is important to identify and conserve diverse climate macrorefugia that will retain boreal conditions and are large enough to maintain fire regimes that diversify and renew northern forests.”

Conservation planners and managers are challenged to both act immediately to address the most imminent threats to important habitats, such as industrialization and timber harvest, and also to use the best science to focus on conserving habitats that will be of high value to avian species in the future. The latter challenge will require robust science, open-minded analysis and acknowledging the risks of embracing uncertainty.

This story was submitted by Tom Rothe, the Pacific Birds Partnership Coordinator in Alaska.

Learn more about the ecology of boreal birds, avian conservation, and more on the Boreal Avian Modelling Project.