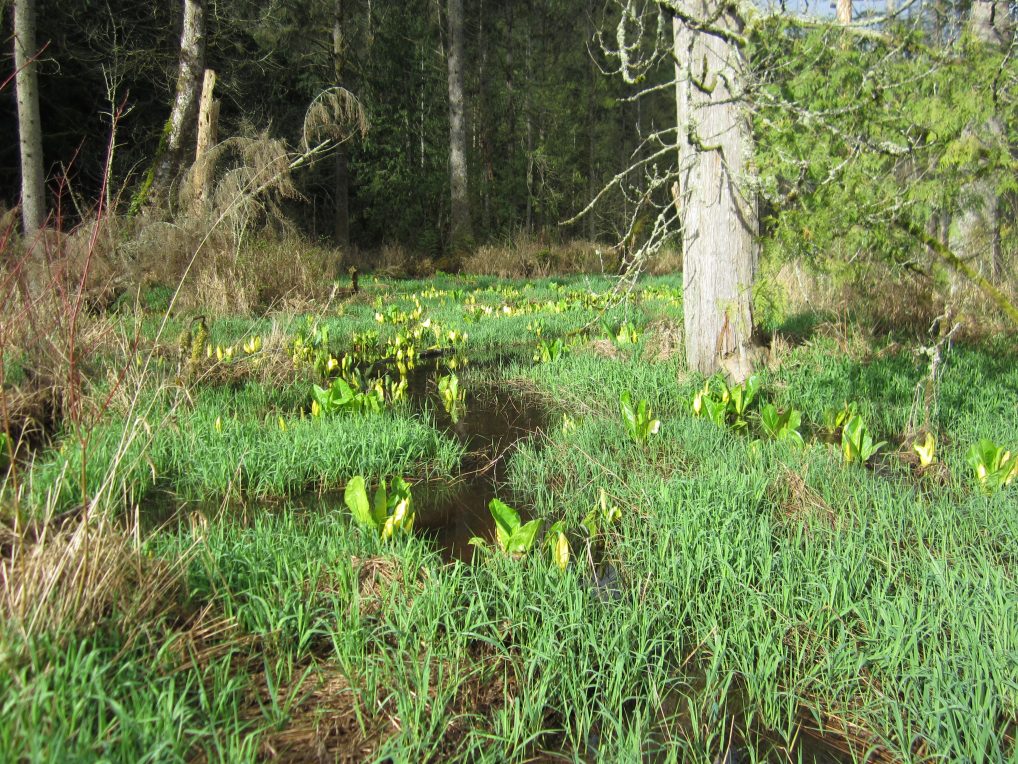 Skagit Land Trust used NAWCA and other funds to conserve wetlands in the North Pugent Lowlands.

In early 2016, Skagit Land Trust received a North American Wetland Conservation Act (NAWCA) small grant to protect 67.5 acres within the Nookachamps Watershed in the North Puget Lowlands (NPL) ecoregion. Partners on the project include the Skagit Audubon Society, Washington State Department of Ecology and the Washington State Salmon Recovery Funding Board, as well as a local high school, community members and neighboring landowners.

The rich combination of wetlands and uplands protected with this acquisition will provide habitat for a suite of resident and migratory bird species, as well as the federally threatened Puget Sound Steelhead. Most of the acreage is undisturbed, but small restoration and enhancement projects will restore water flow and remove invasive species where necessary.

Approximately 190 species of birds can be found in North Puget Lowlands ecoregion, making it one of the most diverse avian assemblages in temperate North America. And even though the lowlands are only a small percentage of the land area of Washington State, approximately 80% of all wintering waterfowl in western Washington are recorded here.

One of the goals in Pacific Birds Wetland and Waterbirds Plan for the region is to secure a wetland complex that reflects the relative abundance of important wetland classes that historically occurred in the NPL. The Lake Creek Wetlands are some of the highest quality intact wetlands remaining in lower elevation Skagit County. The Washington Department of Ecology’s Watershed Characterization Study recommends the highest protection level for the Nookachamps Watershed due to the area’s high export potential for sediment, nitrogen and pathogens, and its low level of degradation. Washington Department of Fish and Wildlife has identified a large part of the project area as a Priority Habitats and Species Region.

In the past twenty years, more than a million acres of land across the U.S., Mexico and Canada have been protected using NAWCA and partner matching funds. The Skagit Land Trust project showcases key elements of the NAWCA program: community partnerships, and the long-term conservation of high-value wetlands for migratory birds and other fish and wildlife species.