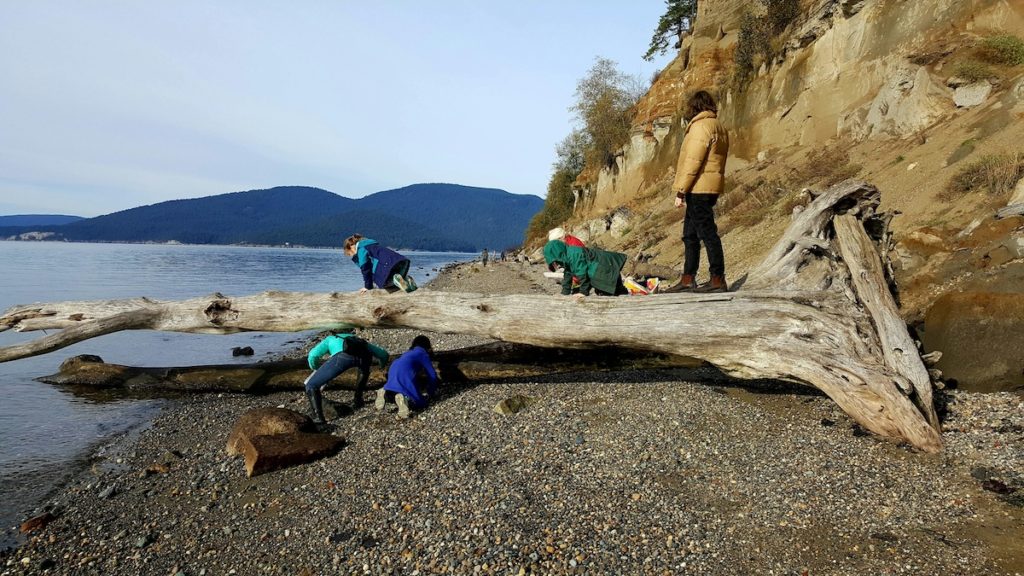 Thank you to Kari Odden at Skagit Land Trust for reporting this in our annual call for accomplishments, and for submitting this post! 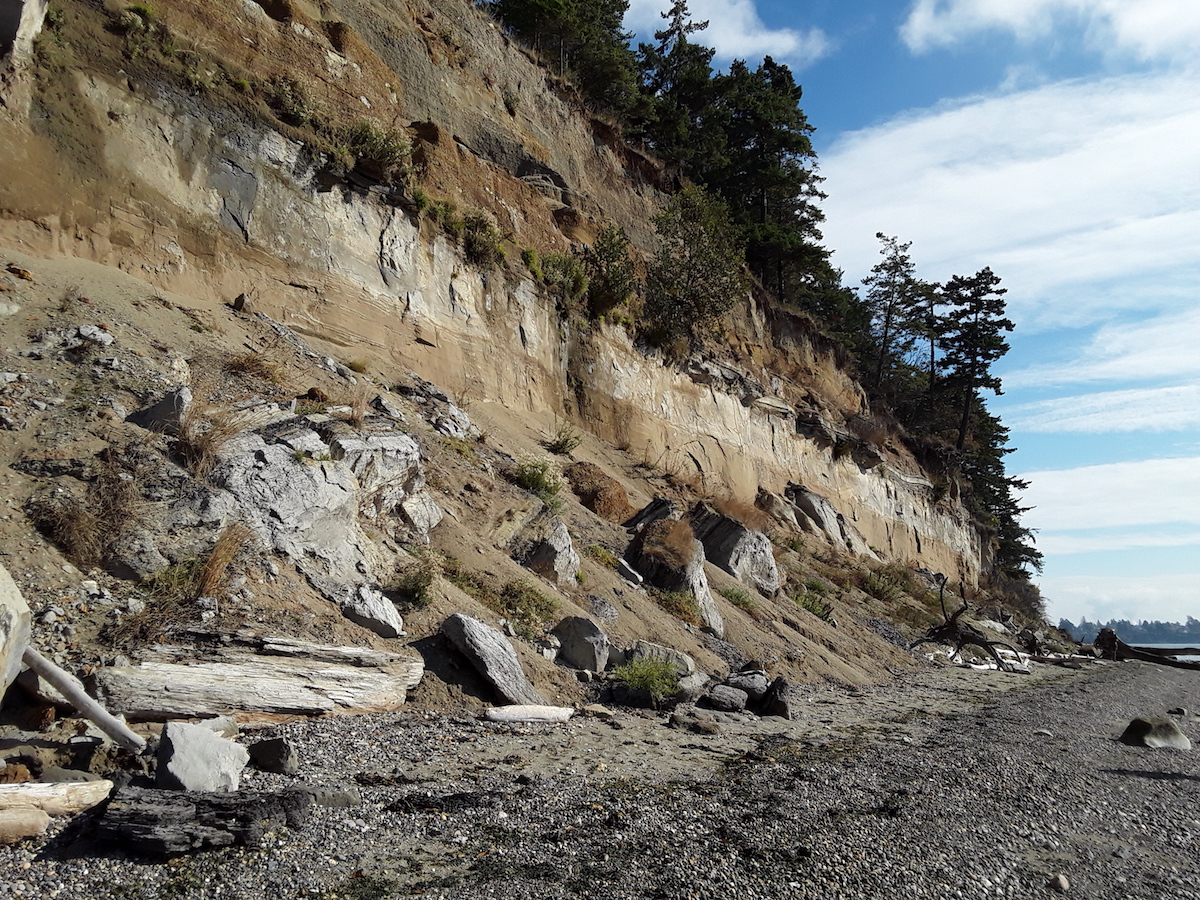 Kelly’s Point, also known as Yellow Bluffs, is a well-known landmark on Washington’s Guemes Island, with immense, layered bluffs seen from boats entering and leaving Anacortes. It is one of few places remaining in our region with mature coastal forest along more than 3,000 feet of undeveloped shoreline. It is centrally located between three protected marine areas and part of a critical marine migration corridor. Skagit Land Trust purchased the $1.38 million property in February, 2018 permanently protecting its forest, bluffs and shoreline from development and allowing the beach to remain open to the public.

Marine bluffs such as Kelly’s Point are termed “feeder bluffs” due the exceptional amount of sediment that erodes from them. The eroded sediment deposits onto the beach and also into the water, where currents and waves carry the sediments along the shoreline to replenish beaches elsewhere. These sediments contribute to expansive tidelands that support eelgrass and marine benthic organisms. Those tidelands also support the reproduction of forage fish, which are essential prey for juvenile salmon, shorebirds and seabirds, including the Marbled Murrelet – a federally listed threatened species in Washington, Oregon and California.

“Protecting marine and nearshore bird habitat on Guemes Island is important far beyond the island. We are thrilled to be working with partners to knit together important conservation lands in this region.”

The mature coastal forest on this now conserved property allows for a natural rate of erosion and slows surface runoff.  As sea level rises and storm events intensify from the effects of climate change, allowing Kelly’s Point to erode naturally will help to mitigate the impacts on nearby wildlife habitat and island properties. The beaches built and maintained by these bluff sediments act as a natural barrier to wave induced erosion. The forest is also an important source of large woody debris along the beach. The wood provides structural complexity and habitat and detritus that serves as a food source.

Kelly’s Point maintains habitat linkages between the nearshore and its 27-acres of upland forest that is critical to coastal-dependent and migratory birds, including Purple Martins, Pileated Woodpeckers and Bald Eagles. 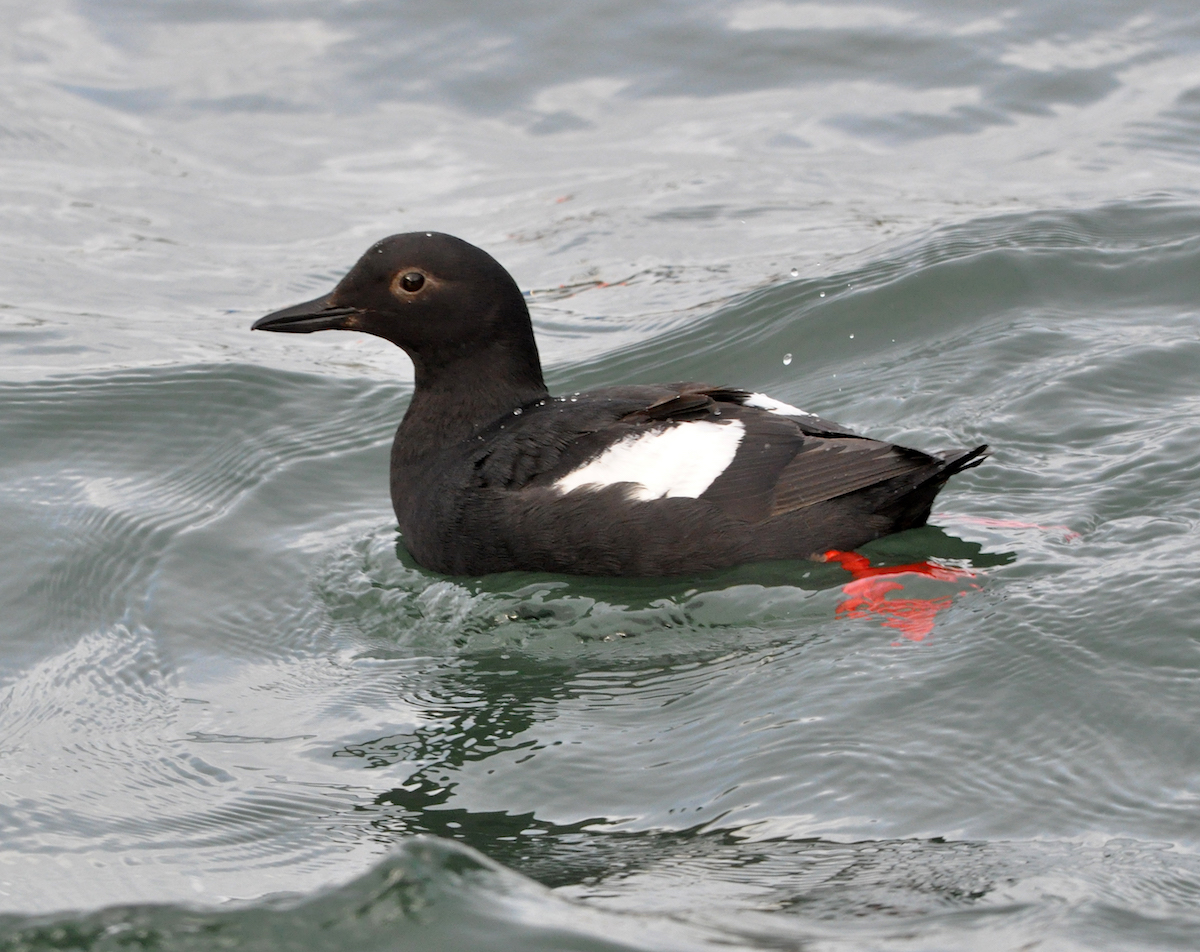 The bluffs are nesting habitat for a colony of Pigeon Guillemots.
© Dennis Paulson

Multiple partners, donors and programs made this project possible

The purchase of Kelly’s Point would not have been possible without many conservation partners. Over 450 private donors generously contributed toward acquisition and the establishment of a stewardship reserve fund. The U. S. Fish and Wildlife Service provided a $1,000,000 award to the Washington State Department of Ecology, with Skagit Land Trust as the sub-grantee, through the National Coastal Wetlands Conservation Grant Program. The Conservation Fund provided the necessary bridge financing before grant funds were available. Skagit Land Trust also expects to receive a grant award from the Washington State Estuary and Salmon Restoration Program, which will be used for acquisition and protection.

Skagit Land Trust’s property management goals are to ensure continued low-impact public access to the beach, and to protect the coastal forest and spectacular bluffs for the wildlife residing there. Kelly’s Point is a geologically fascinating property and incredibly beautiful. We invite to you visit and explore the beach! 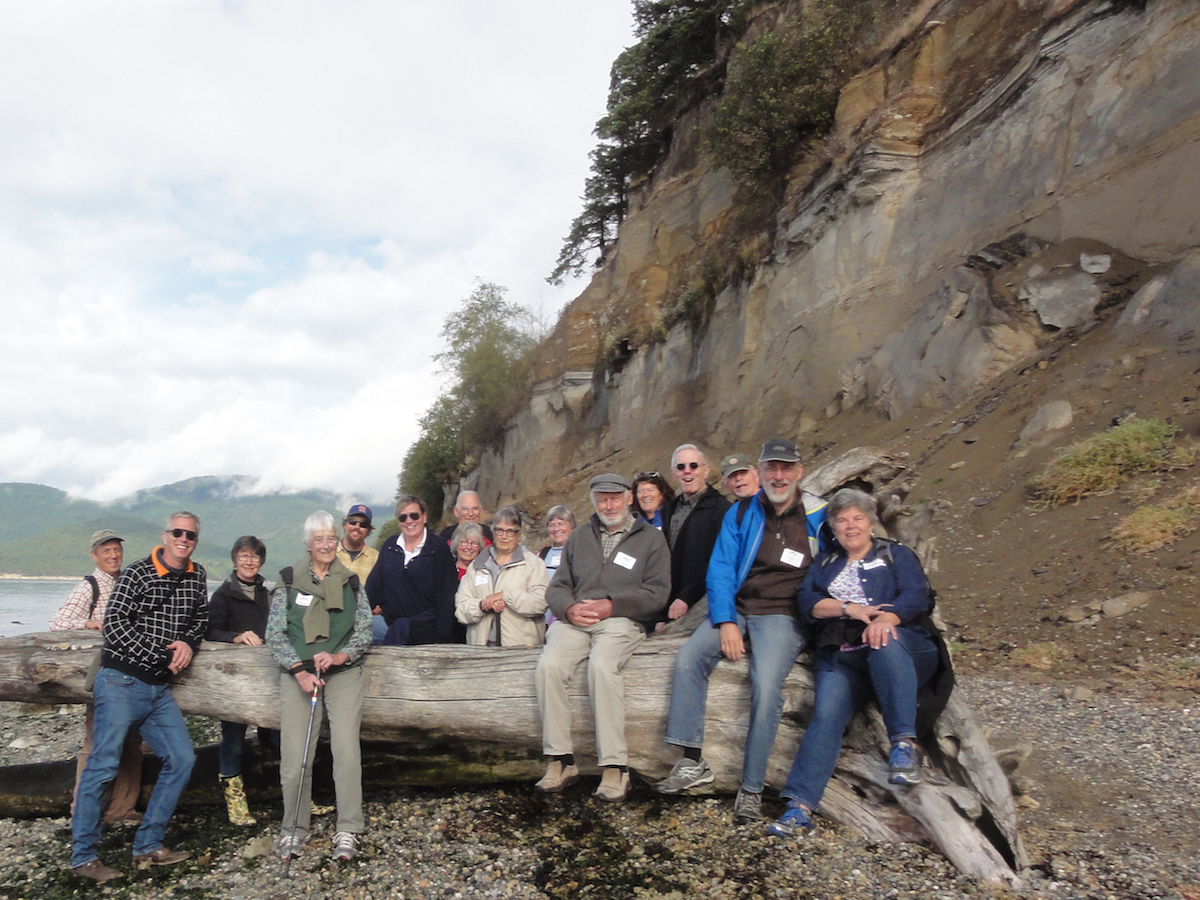 The Kelly's Point project was a team effort, starting with a dedicated steering committee.

The Washington State Coastal Atlas shows the location of feeder bluffs across the state, along with a number of other attributes.