Editor’s Note: The Southeast Alaska Land Trust works collaboratively with communities, individuals, and organizations throughout Southeast Alaska to conserve lands with highly valued habitat, recreation, open space, and cultural and historic values. The Land Trust owns or stewards 35 conservation properties, 19 of which are adjacent to the Mendenhall Wetlands State Game Refuge. Thank you to Krista Garrett, the Trust's Conservation Specialist, for submitting this post.

“I’m headed out to the wetlands” is a phrase common to those who live in Juneau, Alaska. Though this Alaskan town does not lack for scenery, some of the most iconic Juneau views stretch across the Mendenhall Wetlands, an expansive estuarine wetland at the center of the community. Locals and visitors can often be found out stomping around the wetlands, walking their dogs, hiking to the channel for salmon fishing, duck hunting, enjoying the views, and bird watching. The Mendenhall Wetlands are central to Juneau, in terms of both geography and community.

Much of this vibrant estuarine wetland is a part of the Mendenhall Wetlands State Game Refuge, but not all of the wetland complex is within the Refuge boundaries. For 24 years, the Southeast Alaska Land Trust has worked with local landowners to conserve privately-owned portions of the Mendenhall Wetlands adjacent to the Refuge in order to preserve the habitat and recreation opportunities.

The Land Trust purchased its most-recent Mendenhall Wetlands conservation property in December 2018. The Honsinger Wetlands property is a 32-acre parcel immediately adjacent to both the Refuge and Juneau’s main highway–it is likely that the many Juneau residents who pass the property on their daily commutes assumed it was a part of the Refuge. It was, however, owned by a private landowner who was considering developing the parcel. The Land Trust’s purchase of the property helps preserve the integrity of the wetlands complex as it will remain as open land and be managed similarly to the Refuge lands. 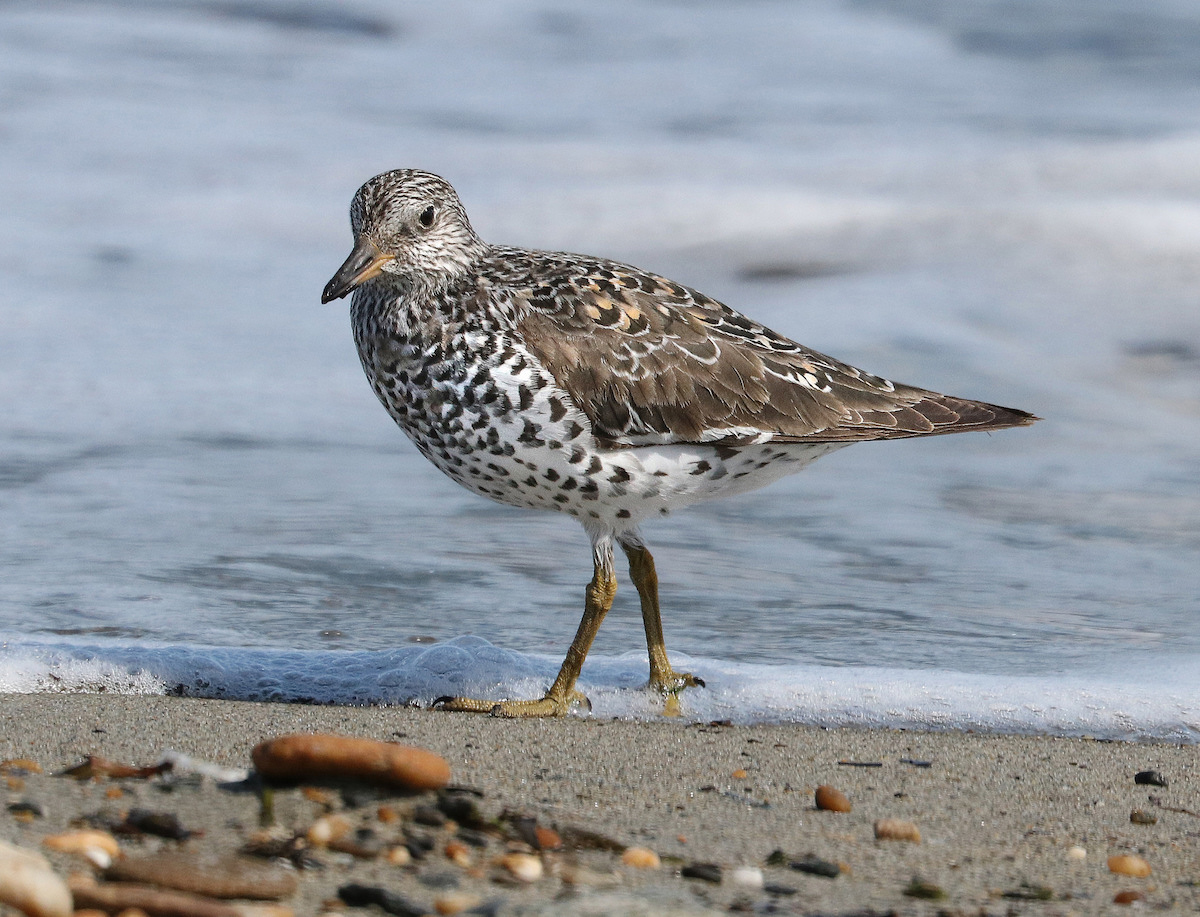 During spring migration, Surfbirds may spend only a few days on the Mendenhall Wetlands. But they are getting the fuel they need to keep heading North.

It is not just the human residents of Juneau who love the wetlands. The Mendenhall Wetlands complex is the second largest estuary in Southeast Alaska and provides vital habitat for migratory and resident birds, salmon, and mammals such as deer, otter, and bear. The unique habitat afforded by these estuarine wetlands provides resting places, food resources, and nesting areas for 256 species of birds. This represents 73 percent of the 352 bird species observed in Southeast Alaska.

The Mendenhall Wetlands are also a globally significant Important Bird Area. In a region dominated by steep mountains and dense forests, the Mendenhall Wetlands are one of a few locations in Southeast Alaska that provide enough food and habitat for large numbers of migrating shorebirds. Western Sandpipers, Ruddy Turnstones, Surfbirds, Greater Yellowlegs, and many other shorebird and waterfowl species stopover in the wetlands complex during migration.

Though the Mendenhall Wetlands are still covered in snow, the spring migration is just around the corner and the influx of birds will arrive soon. The Southeast Alaska Land Trust is excited that the new Honsinger Wetlands property is now conserved in perpetuity for all the wildlife and people that rely on and enjoy the wetlands. 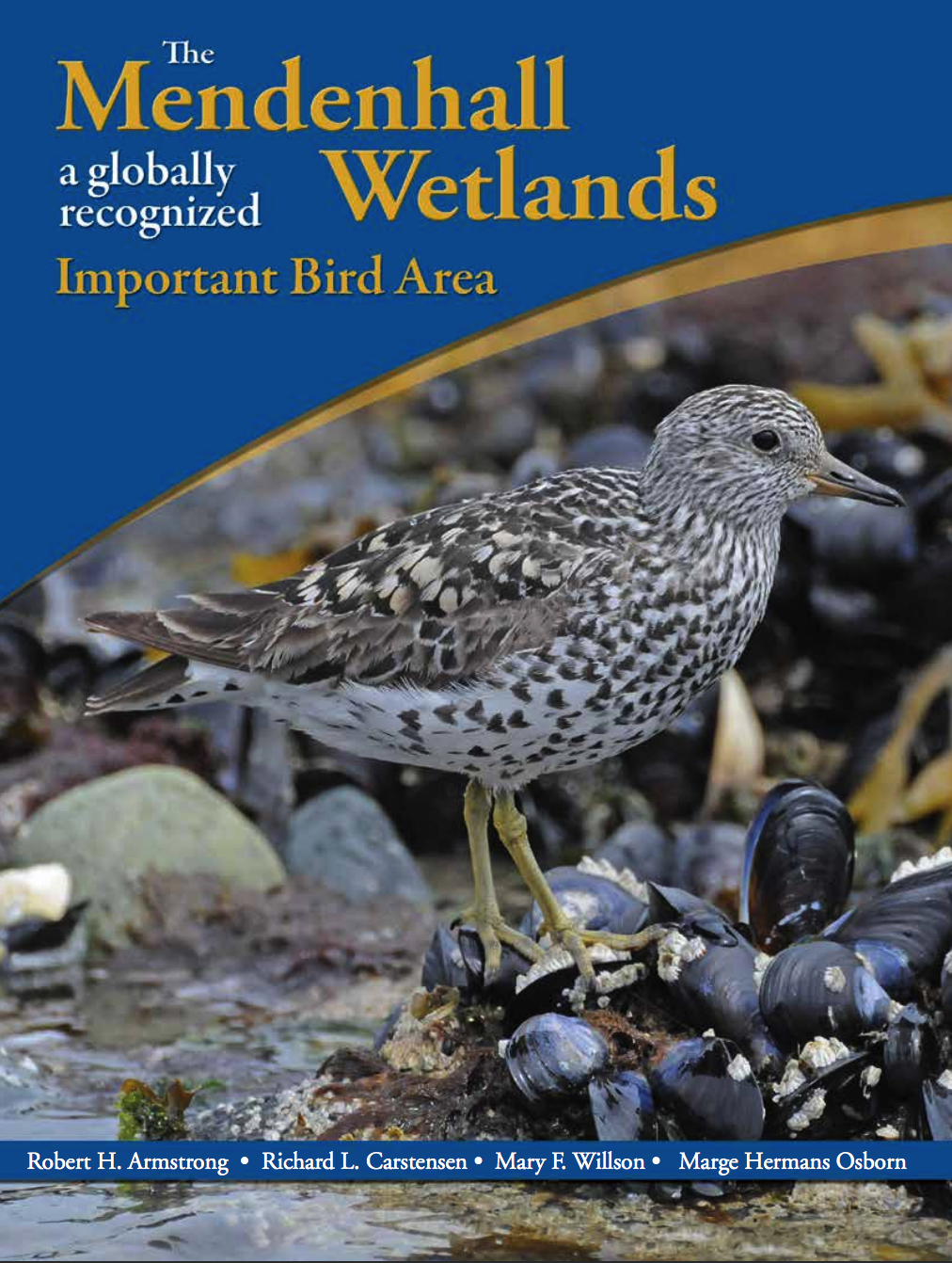