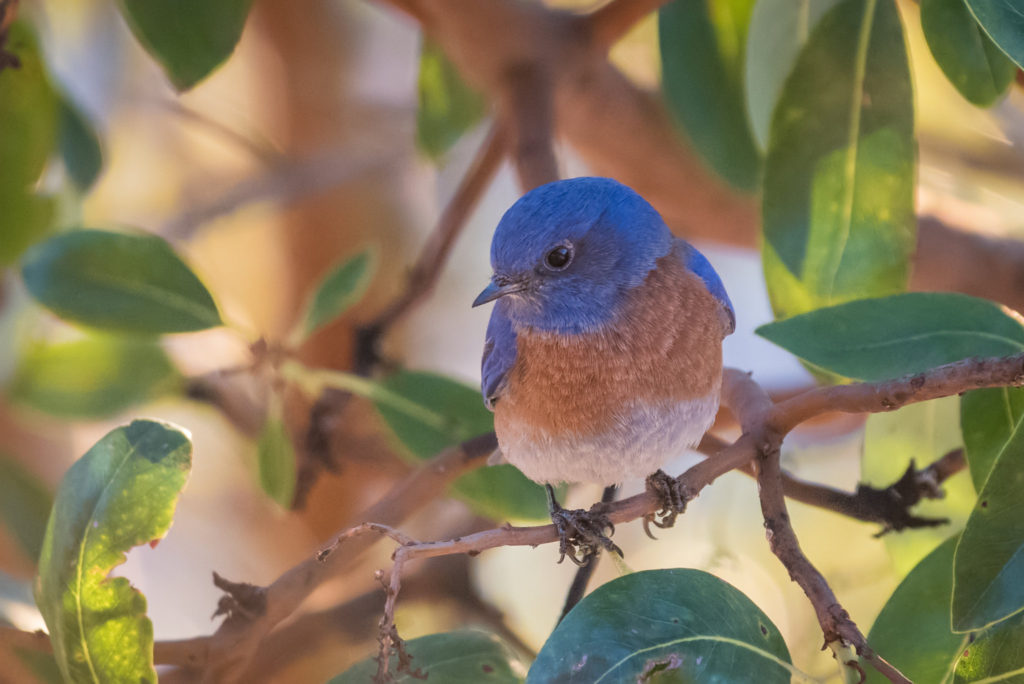 Springtime often brings out stories of amazing migrations involving tens of thousands of miles or journeys across the globe. The Western Bluebird doesn't overly impress in that regard, but it does have some notoriety for other reasons – the colors, for one. It is a relatively common thrush, but has lost ground in parts of the Pacific Northwest.

Western Bluebirds eat insects, berries and other foods, depending on the habitat. You can easily see them in partly open areas, perched on fences or trees. They are also found in open woodlands, farmlands, and riparian areas, among other habitats. They are also a bird of oak and prairie, one of our habitat conservation priorities, spending the most time in oak-savanna habitats. 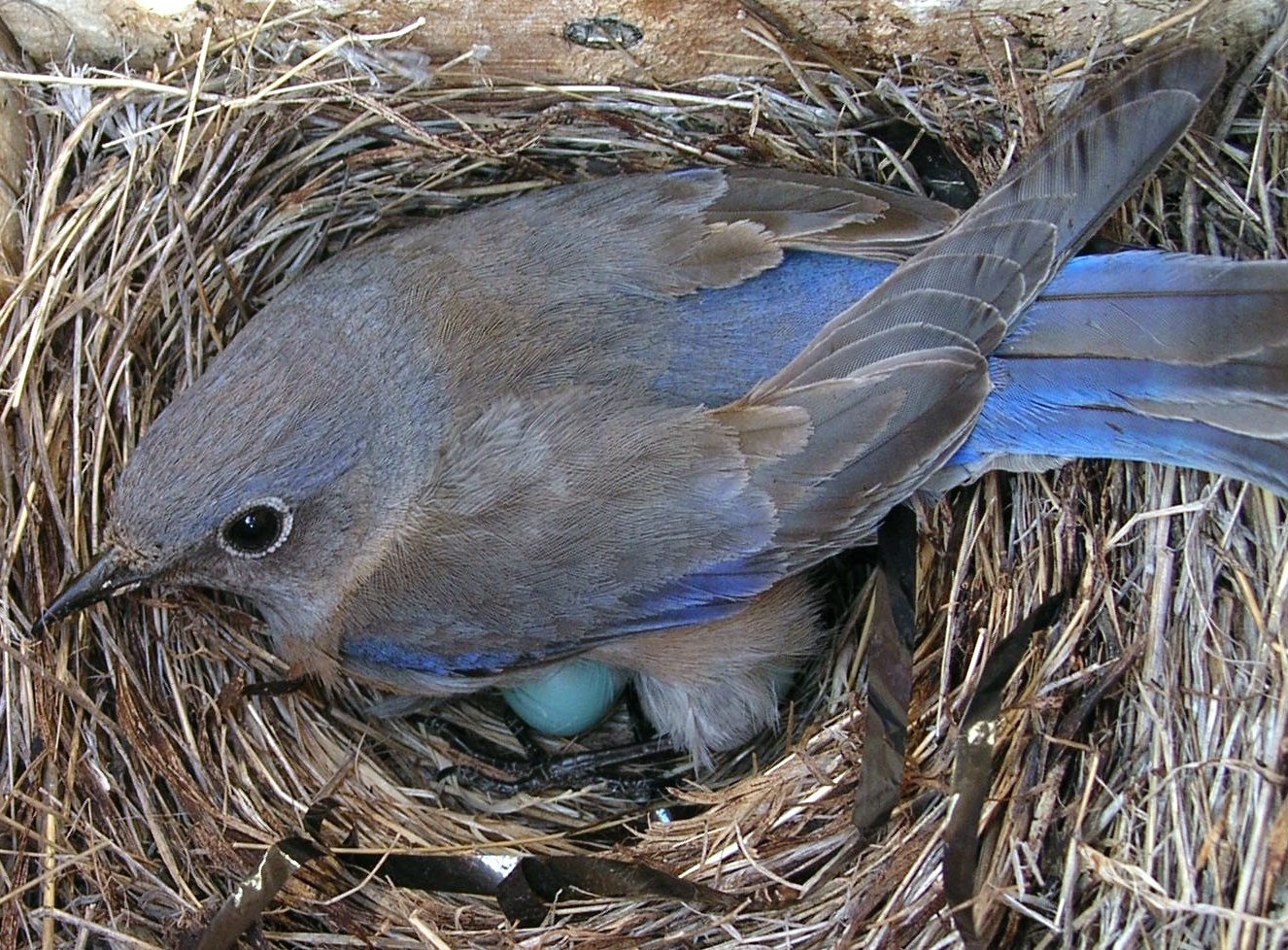 Western Bluebirds are secondary cavity nesters – they rely on other species to make their nesting cavity.
Rick Mooney © Creative Commons

Western Bluebirds can be a migratory or resident species in the Pacific Northwest. Visit eBird to see range maps, as well as maps that depict abundance, trends, and habitat associations. 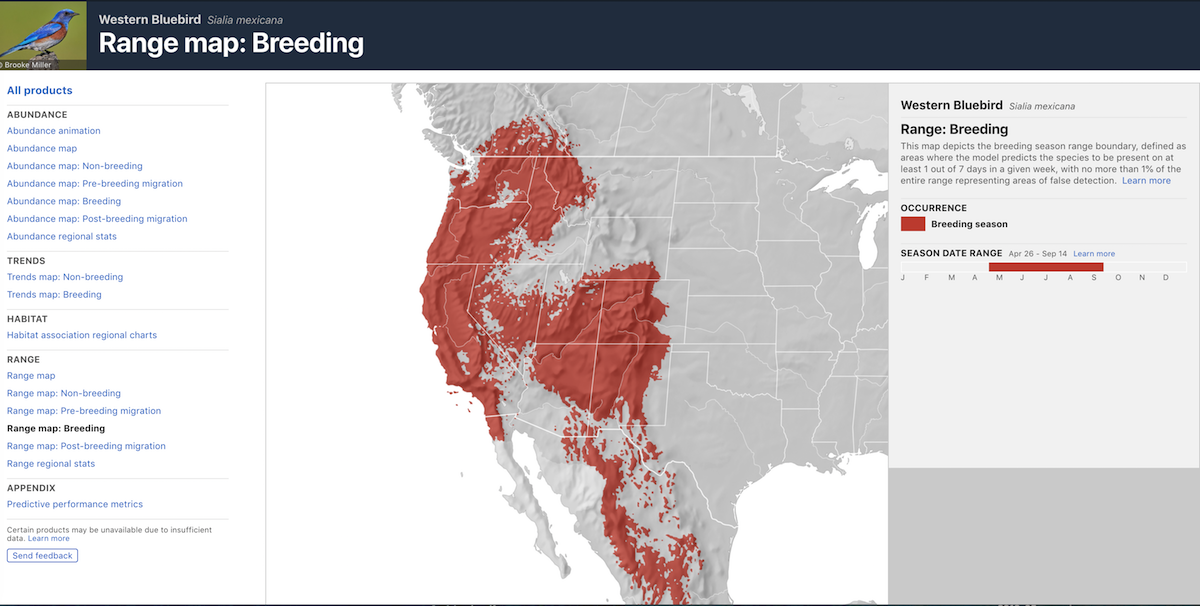 Western Bluebirds used to be regular breeders as far north as British Columbia and northwest Washington, but their range has diminished. The trends in Western Bluebird populations over the past 100-150 years are well documented by Bob Altman in Historical and Current Distribution of Populations of Bird Species in Prarie-Oak Habitats in the Pacific Northwest.

The lack of nest cavities, a consequence of habitat loss and alteration, is believed to be a major reason for the species' decline; they are also adversely affected by invasive species and predators. There have been some successes increasing local populations with nest boxes.

While not a federal species of concern, they are listed as a sensitive species in the Oregon Wildlife Conservation Strategy and a Species of Greatest Conservation Need (in western Washington) in the Washington State Wildlife Action Plan.

Re-introduction of the western bluebird to oak-prairie habitats in Pacific Northwest, USA

How to Build a Bluebird Nest Box