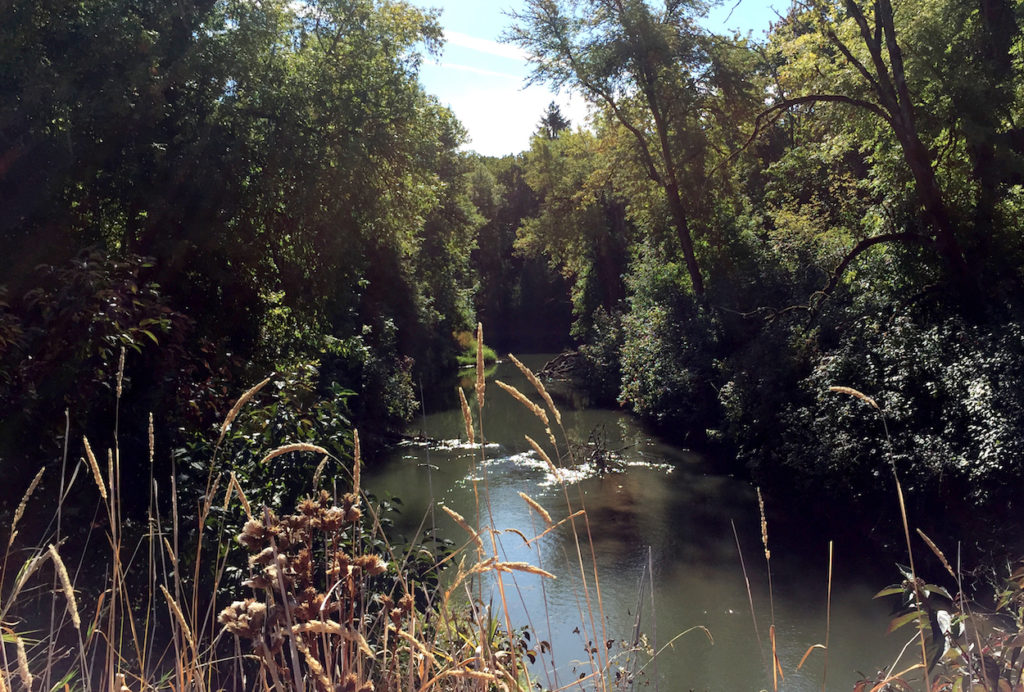 This article was published on the Metro News and is reproduced here verbatim, with permission. Metro is the regional government entity of greater Portland, Oregon. 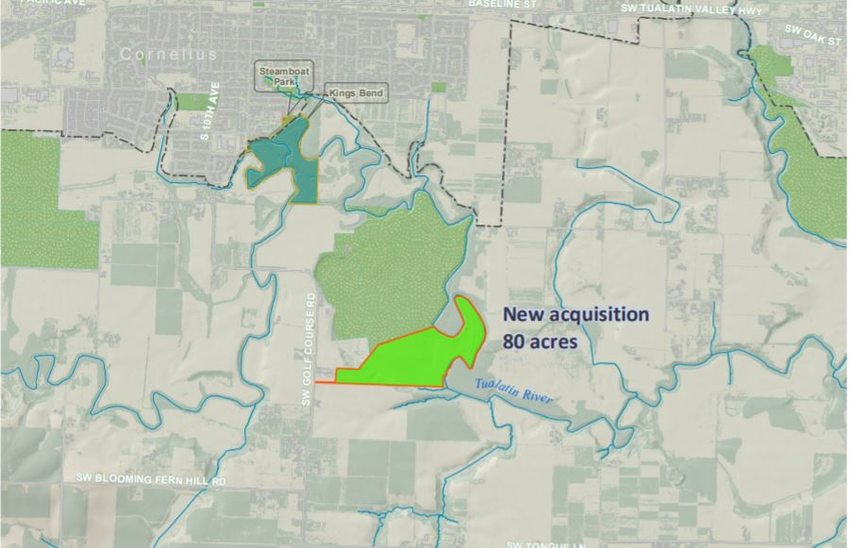 The newly acquired Atfalati South sits to the south of Cornelius. The Columbia Land Trust's 245-acre Atfalati Prairie is just above, in green.
“Metro securing the property to the south of our property is a tremendous benefit for our ability to partner with Metro on a larger restoration project,” said Dan Roix, conservation director of Columbia Land Trust. “Without that acquisition, it would’ve been much more challenging and likely more expensive for us to be able to complete the restoration on our property.”
When combined with Metroʻs 80-acres, now named Atfalati South, more than two miles of the Tualatin River are in conservation ownership.

Metro and Columbia Land Trust are in the early stages of restoration planning for both sites, but they anticipate it will be a wet prairie, an endangered habitat in the region.

“It’s a declining habitat type in the Willamette Valley because much of the land that was historically prairies is also prime farmland so it gets converted to agricultural development,” said Jeff Merrill, one of Metro’s scientist who assesses newly bought sites for restoration and maintenance.

Right now, 60 acres of the land is being used for farming while 10 acres is a riparian forest.

“A fair number of our properties are farmed because farm use keeps the ground stabilized if we can’t do restoration yet,” said Ryan Ruggiero, Metro’s real estate negotiator.

Once restored, the combined 325-acre parcel will support habitat for winter steelhead, coho salmon, lamprey and other native fish. Western meadowlark, western pond turtle, red-legged frogs, western gray squirrels and other native wildlife may live at the site. Native plants such as Nelson’s checkermallow, Kincaid’s lupine and thin-leaved peavine, which are classified as threatened or species of concern, may also occupy the prairie.

Based off of Columbia Land Trust’s planning, the riparian forest may be expanded, Merrill said. As part of initial work on the property, Metro would conduct invasive species treatments on the existing riparian forest to remove non-native trees, blackberry and other invasive species. Those may then be replaced with native plants.

Metro bought the land in January for $550,000, which came from the natural areas bond voters approved in 2006.