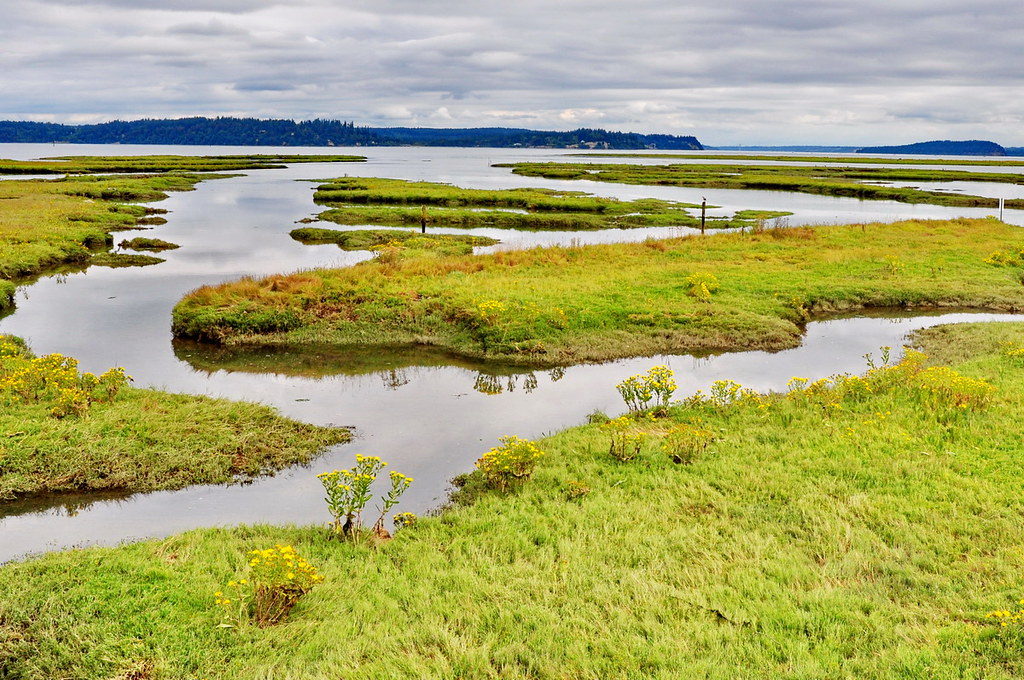 Coastal conservation projects involve moving targets, as pointed out in a recent paper about estuary loss in the western United States. Insights into estuary habitat loss in the western United States using a new method for mapping maximum extent of tidal wetlands, published recently in PLOS ONE, presents the authors’ study of estuaries in Washington, Oregon and California, including the maximum historical extent of tidal wetlands and their current footprint. It goes far beyond the basic numbers, however, providing information about the extent and location of estuaries and their component habitats.

The paper is based on data from an extensive spatial data project of historic and existing tidal wetlands completed by the Pacific Marine and Estuarine Fish Habitat Partnership (see Conservation Tool Highlights West Coast Estuaries). All in all, 444 estuaries in Washington, Oregon and California were looked at and 55 of those received additional analysis. Those 55 estuaries account for 97% of the historic tidal wetland area in the three states.

The numbers are staggering when looked at in sum. It is estimated that 85% of vegetated tidal wetlands have been lost since the 1800’s in the larger systems of the study area. Large river deltas incurred the highest losses at almost 95%, but losses were high among all estuary types. The study also compared the numbers generated from their project with previous estimates of loss within estuarine areas and shows where (and in many cases, why) the numbers might be different. Using a suite of technologies and tools, the mapping project also picked up areas that may not have been considered in previous efforts, such as diked, drained and forested lands. 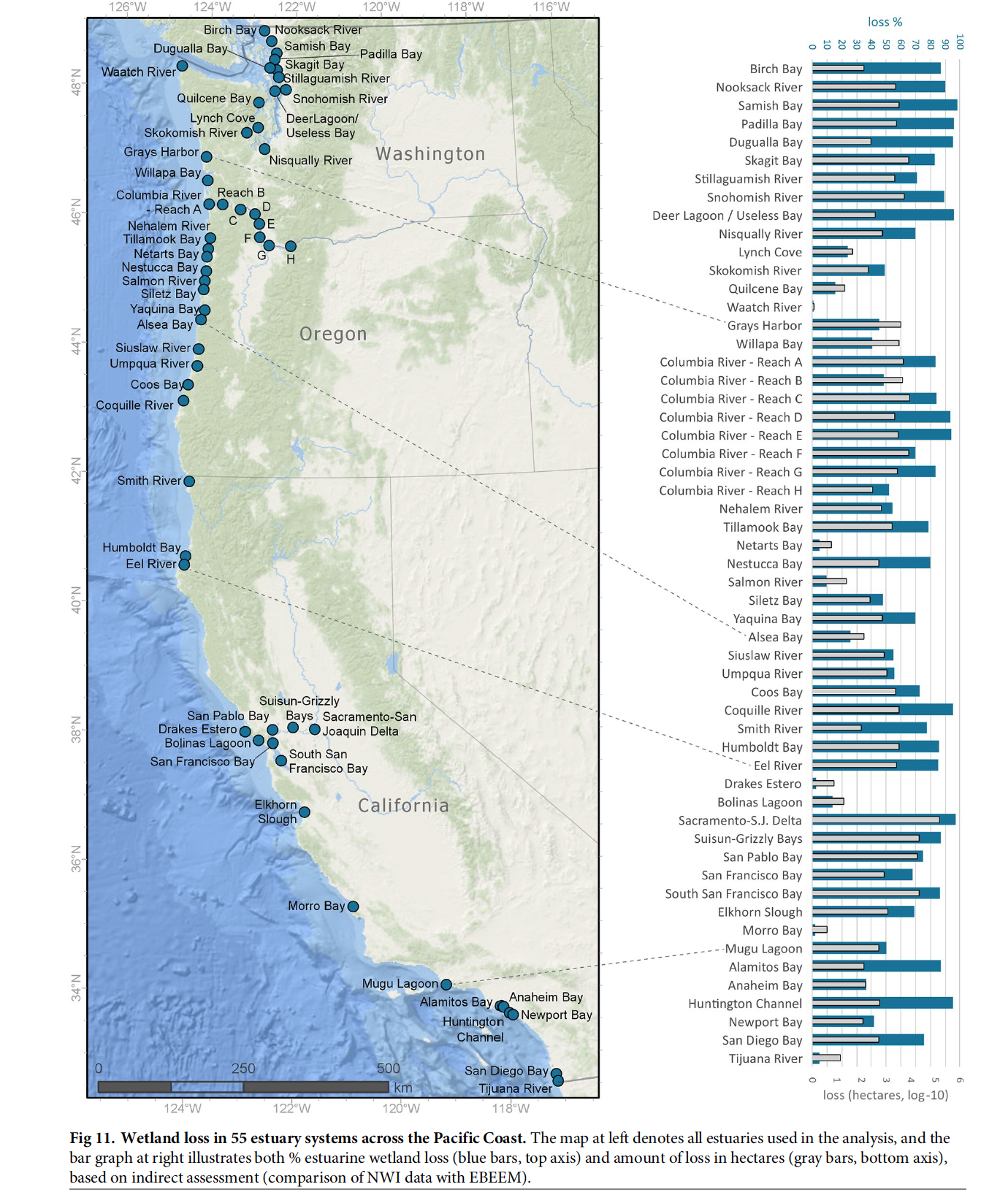 From: Insights into estuary habitat loss in the western United States using a new method for mapping maximum extent of tidal wetlands

The loss of estuarine habitats, whether the larger estuarine systems such as the Columbia River or smaller ones with regional importance to species, is an important backdrop for land conservation and management. The Pacific Americas Flyway supports millions of migratory birds, and these estuaries are a big part of the reason why.