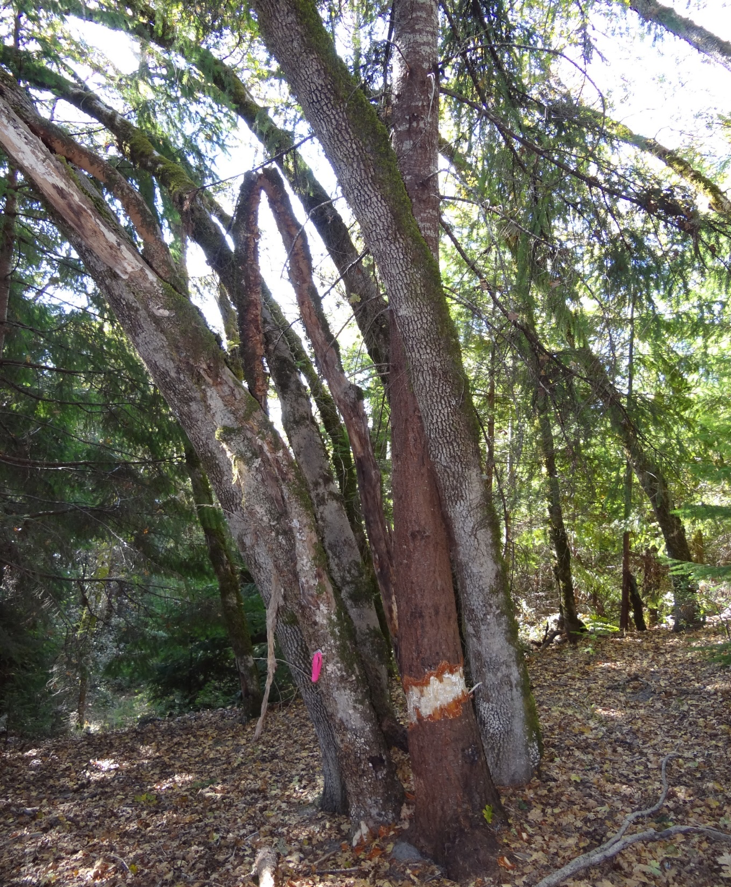 Girdling conifers that have encroached on oak woodlands is a good option for treating stands where prescribed fire or mechanical removal may not be effective or feasible, according to a recent paper published by three northwest California researchers.

Girdling, or removing the conifer’s bark in a complete band around the tree, killed 91 percent of the Douglas fir treated in the oak woodlands of the Bald Hills area of Redwood National Park, the researchers found. In addition to preventing the conifers from crowding out the oaks, the treatment had the added benefit of creating snags that persisted up to 17 years and provided important habitat for a variety of birds.

Jeffrey Kane of Humboldt State University, and Eamon Engber and John McClelland with the National Park Service, published the results of their studies earlier this year in the journal Forest Ecology and Management.

The paper, Effectiveness and impacts of girdling treatments in a conifer-encroached Oregon white oak woodland, is based on surveys of 258 trees 17 years after they were girdled. The trees were girdled to recover remnant oaks and restore historical woodlands that had been overtaken by encroaching conifers – a common problem in the Pacific Northwest.

Highlights of their findings include:

Girdling treatments were effective in killing Douglas fir (91% of girdled trees were killed).

Improved effectiveness occurred when girdle width was equal to or greater than the tree diameter.

Most snags persisted up to 17 years after girdling.

Fuel loading and regeneration were not substantially affected by girdling treatments.

For more information, or a copy of the paper, contact Jeffrey Kane at Humboldt State University.

SEE MORE POSTS ABOUT OUR OAK AND PRAIRIE PRIORITY