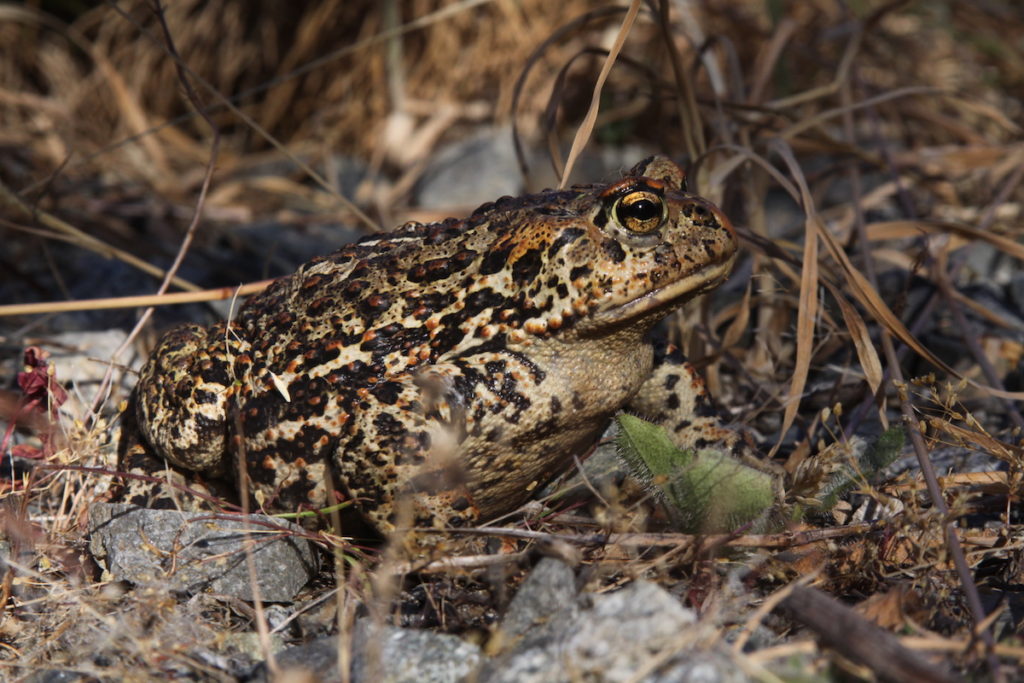 Thank you to Ron Newberry, Communications Manager at Whidbey Camano Land Trust, for helping with this story.

Whidbey Camano Land Trust has conserved a jewel on Washington’s Whidbey Island. Dugualla Bay Preserve came to life in 2008 and 2009 with the protection of 123 acres of tidelands and diked farmlands. In 2019, the Preserve was expanded to 200 acres with the acquisition of additional beach, tidelands and adjacent uplands. An associated conservation easement, Dugualla Heights, was also completed by the Land Trust nearby.

Over the past decade, the Land Trust has been involved in restoring estuarine, freshwater and upland habitats on the parcels to maximize their use by native fish and wildlife species. Restoration work has resulted in the return of saltmarsh and freshwater wetlands, juvenile salmon, an abundance of Western Toads, and some bird species not normally observed at the location. The restoration work ensures that the habitats will continue to support resident and migratory Pacific Flyway birds and other fish and wildlife species long into the future.

As is often the case with conservation projects, the Land Trust sheparded the project through multiple grant funding requests, followed by numerous acquisitions, restoration feasibility studies, active restoration, and the on-the-ground work that is ongoing. Acquiring land or putting a conservation easement on it is just the beginning of the process, unless the land is in a pristine state–not a common occurrence in the Pacific Northwest.

Click on the photo to see a story map about the Dugualla Bay Preserve.
© Matt Ferguson

Spearheaded by the Land Trust, but a Partner Effort

Whidbey Camano Land Trust is in its 36th year of conserving land on Whibey and Camano islands. They have built extensive community, donor and funding partnerships that have enhanced parks, protected working farms, provided new public outdoor access and tourism opportunities, and protected and stewarded natural areas–nearly all of them providing wildlife habitat in perpetuity. In total, 117 projects and nearly 10,000 acres have some type of conservation protection on the two islands thanks to the Land Trust’s work. Many of these have public access.

Dugualla Bay Preserve would not have happened without fast action by the Land Trust when the parcels became available. Securing local, state, federal and private foundation grant funds and a land value donation by the owners all led to the project’s success. One of the Preserve’s restoration projects, the creation of a pocket estuary, came from Washington State Department of Transportation mitigation funds.

Dugualla Bay is a long-standing conservation priority area for the Land Trust, both for the incredible importance it holds for the diversity of birds, fish and other wildlife that use it today, and for the enormous potential to enhance those habitat values through ecosystem restoration. It’s also a fabulous place for people to view the richness of the wildlife, and see the benefits of this kind of targeted, collaborative conservation work.

Dugualla Bay is an eBird Hotspot, with 162 recorded species. Resident birds frequently observed by island birders include Great Blue Heron, Wilson’s Snipe, and Spotted Sandpiper. The area is also important to migratory birds such as Trumpeter Swan, Red-Throated, Pacific and Common Loon and 13 species of dabbling and sea ducks.

Birds aren’t the only migratory species that are important at the Dugualla project. The Western Toad is a candidate species for state level status as a sensitive, threatened or endangered species. They breed in great numbers at the Preserve and migrate mostly to upload forest each July and August. (Read about the migratory toadlets here.) And of course the salmon newly using the post-restoration estuarine habitats are migratory.

Restoration and Stewardship is Ongoing

The Land Trust continues to improve the habitat at Dugualla by removing noxious weeds. Improvements are also being made to the parking pull-out area, including a new kiosk and two new interpretive panels that will inform visitors about the restoration work and importance of these coastal wetlands. If you live in the area and are interested in volunteering for the Land Trust at Dugualla Bay–or one of their other conservation properties–find out more here.

Pacific Birds has a strong interest in Pacific Northwest coastal wetlands as they are critical in supporting Pacific Flyway migratory species. We greatly appreciate the work of the Whidbey Camano and other land trusts in helping conserve both private and public lands.