Did You Miss the Predators in Wetlands Webinar? 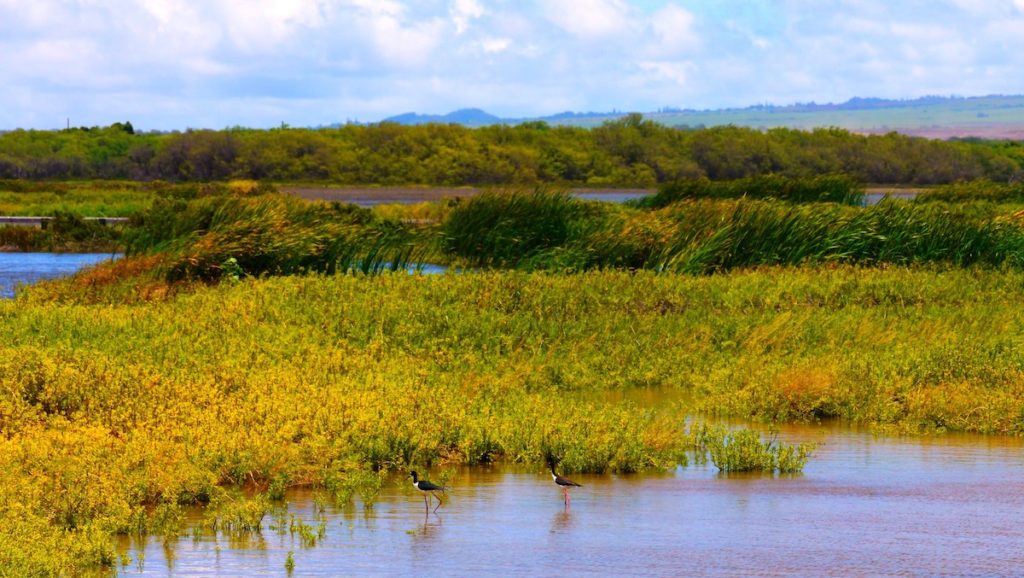 Pacific Birds launched a new series of wetland webinars in Hawai‘i this summer. The first in the series was focused on predator control issues and featured four expert speakers.

Jared Underwood of U.S. Fish and Wildlife Service presented research on optimizing bull frog capture methods using a ‘fish style’ funnel trap; he tested the effectiveness of red flagging (the current attractant), a light, bullfrog call recordings, and bullfrog decoys. Underwood found that playing bull frog calls was the most effective attractant but that it trapped mainly males; and that moving the traps more frequently than weekly is likely to increase catch rates. However, using callers and moving traps required a doubling of person power.

Lindsay Young of Pacific Rim Conservation spoke about the challenges of using predator proof fences due to Hawai‘i climate, soils and water chemistry. A key takeaway from the talk was that while predator proof fences (especially those for cat and rats) require a large upfront investment, they result in much high levels of breeding success for birds than predator control alone and, over time, are more cost effective than ongoing predator control. For plants and animals on the verge of extinction, they may be the only option.

Maka‘ala Ka‘aumoana of Hanalei Watershed Hui (HWH) discussed cat predator control on Kaua‘i and the importance of the Garden Island as a ‘Noah’s Ark’ for endangered waterbirds and seabirds. She highlighted how the presence of feral cats on the landscape is causing the deaths of hundreds of native Hawaiian birds. Cats also spread toxoplasmosis in their feces which seriously affects human health (especially during pregnancy) as well as killing marine mammals such as dolphins and Hawaiian Monk Seals. HWH have been working with partners and the authorities to address this issue.

The webinar wrapped up with a presentation by Tyler Bogardus of Grey Boar Wildlife Services on Best Management Practices for mongoose and rats in wetlands. Tyler discussed some of the trapping equipment and methods pioneered in New Zealand and how those techniques transfer to Hawai‘i. He found that while rat trapping is now very effective with A24 GoodNature traps, development work is still needed on traps and baits for mongoose; in addition, while managers often perceived that mongoose presence was low at a site, trapping showed that in fact, they were often present in high numbers. Tyler noted that individuals interested in using the traps should check local laws. State/Federal employees or representatives can use these traps for the benefit of threatened and endangered species.