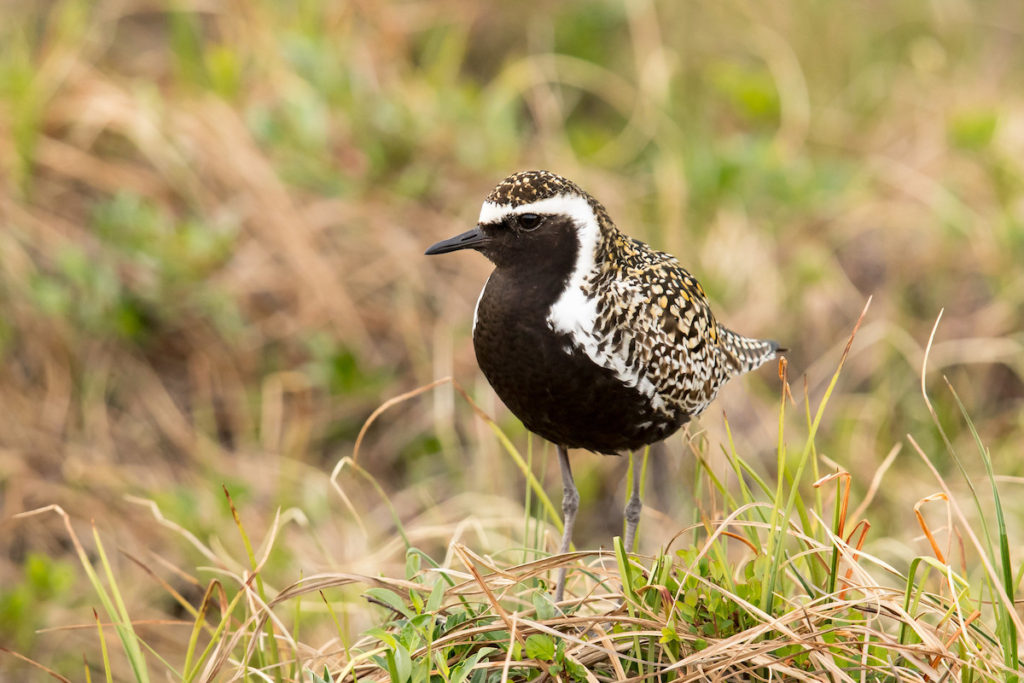 The scientific name, Pluvialis fulva, is derived from the Latin words pluvia–meaning rain or rain shower–and fulva, referring to the birdsʻ tawny or yellow color. There are at least two native names in Alaska, tuuliik (Yupʻik) and tullik (Inupiaq), both descriptive of the call. Hawaiians know the bird as kōlea. In Hawaiʻi during the non-breeding season, kōlea grace lawns and golf courses as well as more remote habitats. In late spring, they start to molt into their breeding plumage as they ready to head north–you may find them flocking together as they prepare for their journey. 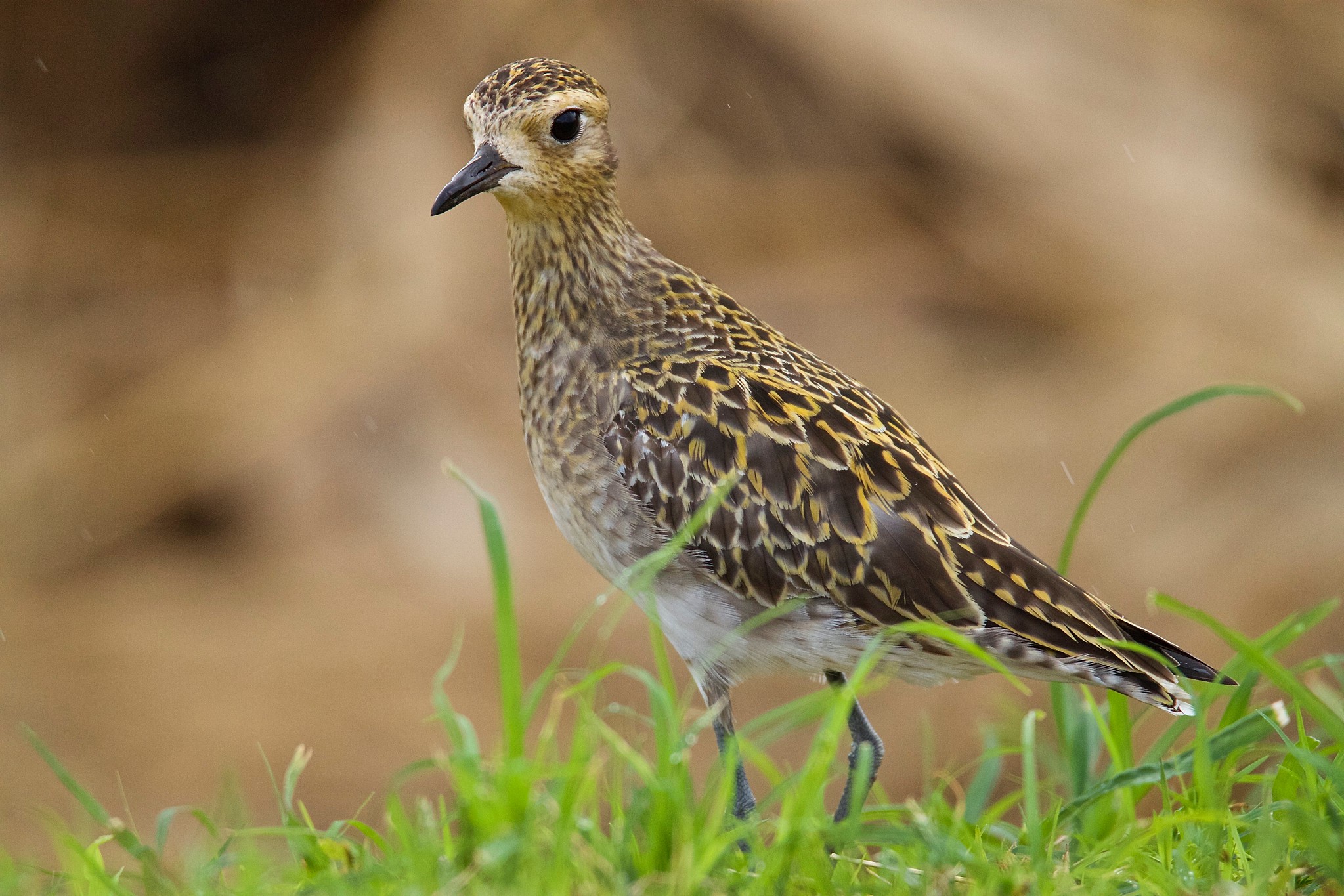 For most of its stay in Hawaiʻi, the kōlea is in its non-breeding plumage.
Jerry McFarland © Creative Commons

Kōlea are highly migratory shorebirds. Globally, they breed in Alaska and Siberia and have a vast non-breeding and migratory range that includes not only continents and islands across the western Pacific, but India and eastern Africa. North America's population breeds in Alaska and mostly overwinters (from our northern hemisphere perspective) in the Hawaiian Islands, Southeast Asia and Oceania–the islands that are dotted throughout the Southern and Central Pacific Ocean. While a small number can be found on the west coast of the U.S. in the non-breeding season, the birds that breed in Alaska primarily use the Central Pacific and East-Asian Australasian Flyways, making spectacular transoceanic flights to the non-breeding grounds.

As studies have shown, there is a strong Hawaiʻi-Alaska migratory connection for a subset of the global population. These birds make non-stop, round-trip flights over the Pacific, covering 3,000 miles in just a few days. This Hawaiʻi-Alaska connection applies to the birds that summer in southern portion of the species' distribution in Alaska, while the more northerly Alaska breeders migrate and overwinter throughout Oceania and East Asia. In Alaska, Pacific Golden-Plovers are mostly found in Bird Conservation Region 2, Western Alaska, though they may be seen elsewhere during migration. 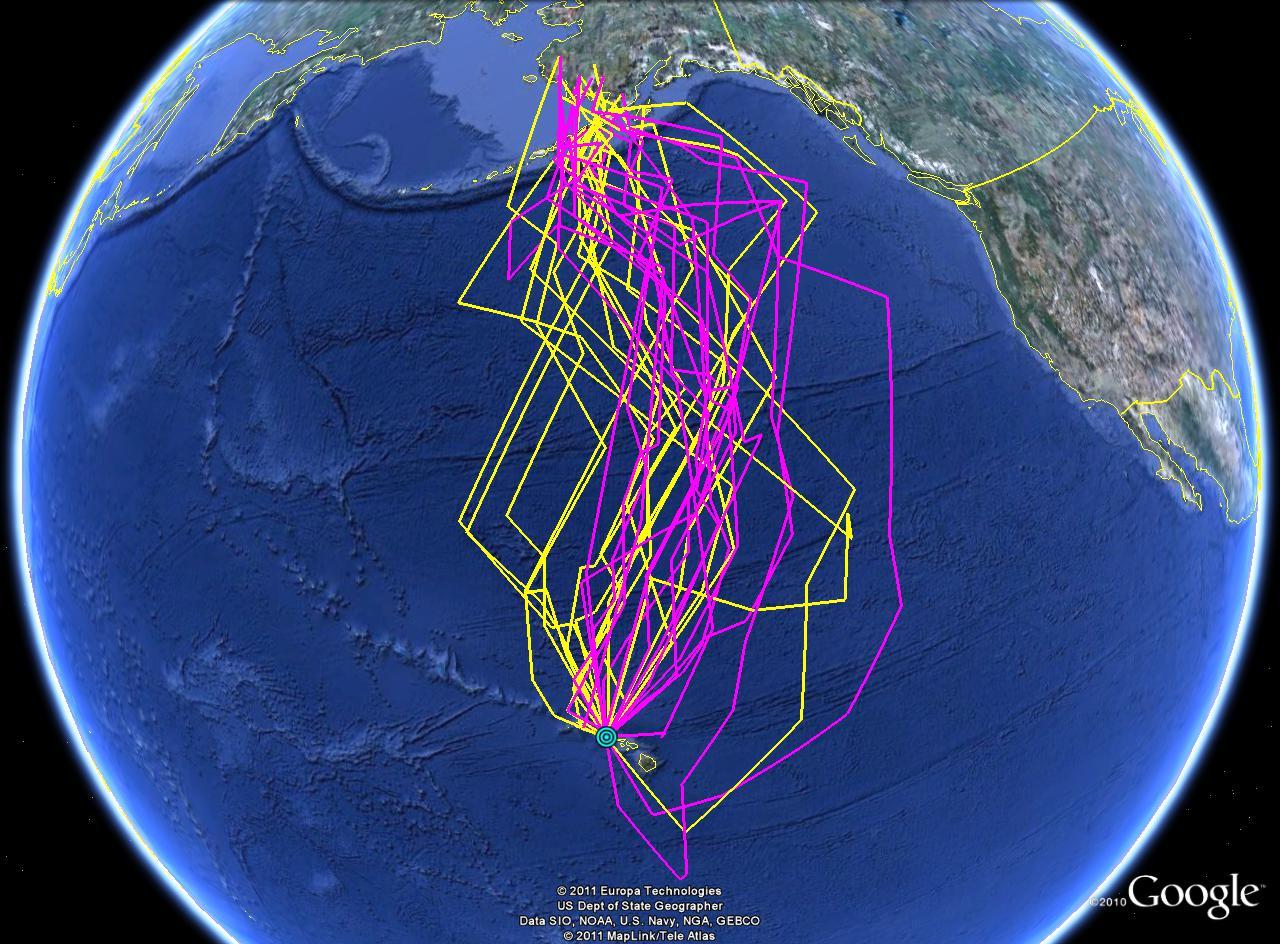 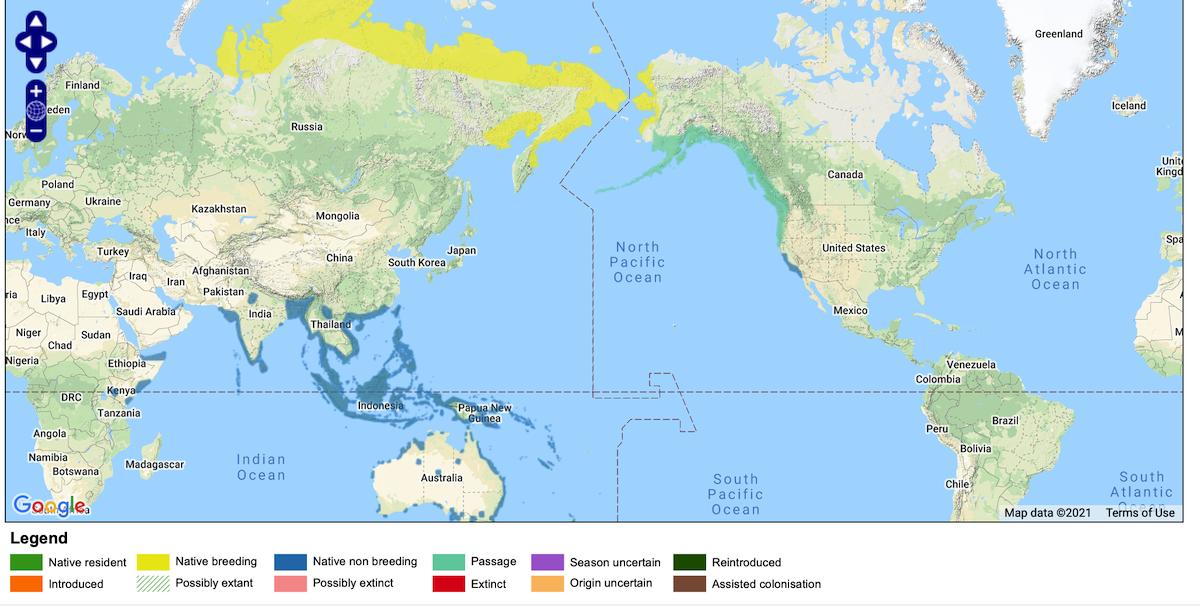 Global distribution of the Pacific Golden-Plover. Click on map to see full extent of the global range and zoom in to see Hawaiian Islands.
Map © BirdLife International 2021

Starting in late April or early May, kolēa in Hawai’i will be starting off on their journey to Alaska's arctic and subarctic tundra meadows where they will make nests, lay eggs, raise chicks, and take advantage of the abundant summer food supply of plants and insects.

The nest of these super-marathon migrants is a simple depression lined with mosses and lichens, often barely distinguishable from the surrounding tundra, at least to the human eye. Both parents will incubate a clutch of 4 small eggs. After their short but hopefully productive time in Alaska, the birds start their return journey as early as July. 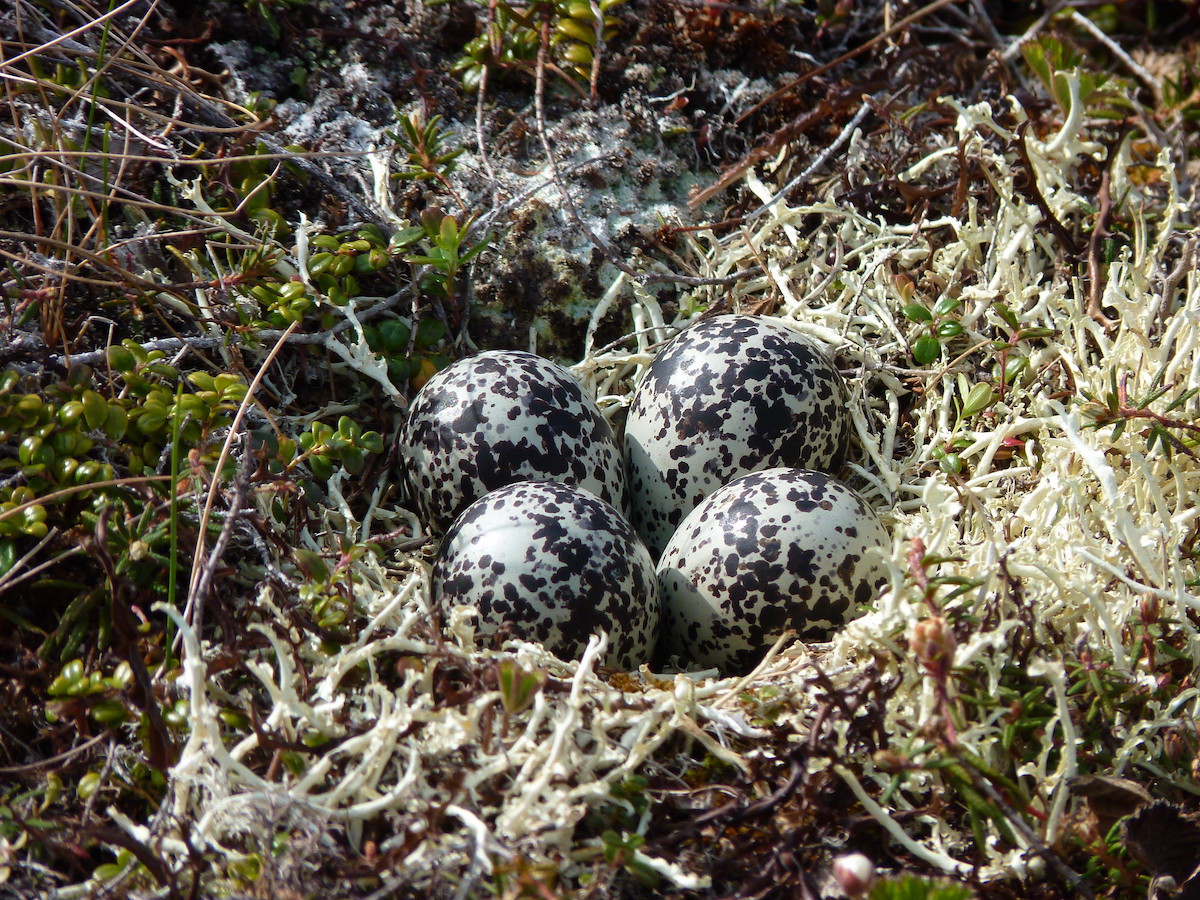 There are potential threats throughout the plovers’ global distribution, including habitat loss from sea level rise, major pollution events in marine or coastal environments, and a changing tundra landscape. As a group, shorebirds have seen precipitous declines over the past half century. The reasons are complex and not always clear, but habitat conservation and threat reduction are definitive steps we can all take to keep the plovers flying.

From Birds of the World: Pacific Golden-Plover