Meet the Kickboxer (‘alae ke‘oke‘o) of the Hawaiian Islands

The ‘alae ke‘oke‘o or Hawaiian Coot (Fulica alai) is sometimes referred to as the “Kickboxer”, referring to its habit of turning on its back and using its legs to attack other birds considered to be intruding. The birds’ aggressive stance when defending their space hasn’t helped it fend off threats to the species as whole, however. It is an endangered species, endemic to the Hawaiian Islands.

ʻAlae keʻokeʻo is in the rail family (Rallidae) and looks similar to the stocky mainland coot (Fulica americana). The white bill on the adult is characteristic, as is the white frontal shield above the bill. (Although some birds exhibit a red or red-brown shield.) Native Hawaiians have a strong connection to ʻalae keʻokeʻo, historically hunting it for food and also worshipping it as a deity. Currently protected and facing multiple conservation challenges, there is a renewed effort to raise awareness about the coot and other wetland dependent species on the islands.

See the ʻalae ke‘oke‘o come to life as Hawaiian artist Trysen Kneshige paints a mural of it in real time, aimed at connecting local people with native Hawaiian wildlife.

While ʻalae keʻokeʻo may be seen on golf courses or other developed areas, it is a wetland-dependent species that also needs natural or man-made water bodies or taro fields for nesting, food and protection. The birds prefer relatively open freshwater habitats with emerging plants. They build floating nests and begin nesting when the water levels are right for successful nesting and rearing of the young.

Found in varying numbers on most of the main Hawaiian Islands, ʻalae keʻokeʻo are not flyway migrants but there is some movement between islands. 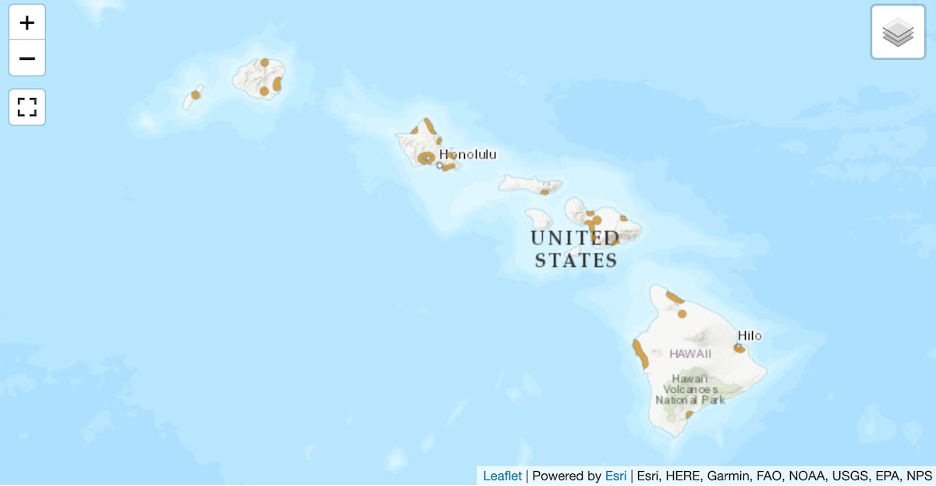 ‘Alae ke‘oke‘o are found in coastal wetlands across most of the islands but are more concentrated on Oʻahu, Maui, and Kauaʻi. Their breeding sites are much more limited. Range map from Bird Life International and Birds of the World.

The ‘alae ke‘oke‘o is on the IUCN Red List as an endangered, vulnerable species, and is an endangered species at both the federal and state level. The entire population was only several hundred birds prior to its listing in 1970. Based on twice-yearly waterbird surveys conducted in Hawaiʻi, the Hawaiian Coot population trend has been positive overall in the last few decades, and is currently believed to be around 2,000 individuals.

As with Hawaiʻi’s other endangered waterbirds, this coot faces severe conservation challenges, including habitat loss or degradation, non-native invasive plants and predators, disease and climate change. Partners are actively working to implement actions in the U.S. Fish and Wildlife Service’s Recovery Plan for Hawaiian Waterbirds. One primary goal within the plan is to increase the acreage of wetlands in conservation or even create new wetlands. And since Hawaiʻi’s endangered waterbirds are “conservation reliant”, or can only persist with ongoing conservation and management, it is also necessary to ensure that existing or future wetland habitats can actually support the birds.

One example of a habitat project beneficial to ‘alae ke‘oke‘o and other species  is at Kawainui Marsh on Oʻahu where partners and volunteers are helping control invasive plants. Another project seeks to avert major botulism outbreaks with quick reporting and management early on. Other conservation actions include reducing losses of chicks and adults to predators and continuing to add to acres under conservation. Because small populations on islands are inherently vulnerable, conservationists are trying to keep a close watch on the birds to ensure their long-term survival.

How Can You Help?

One of the most important ways you can help the ‘alae ke‘oke‘o is to manage cats. Keeping cats indoors and not feeding outdoor feral cats helps protect the coot population as well as other threatened and endangered birds across the islands. Keeping cats Indoors also keeps cats safe, so the coots and cats both benefit. 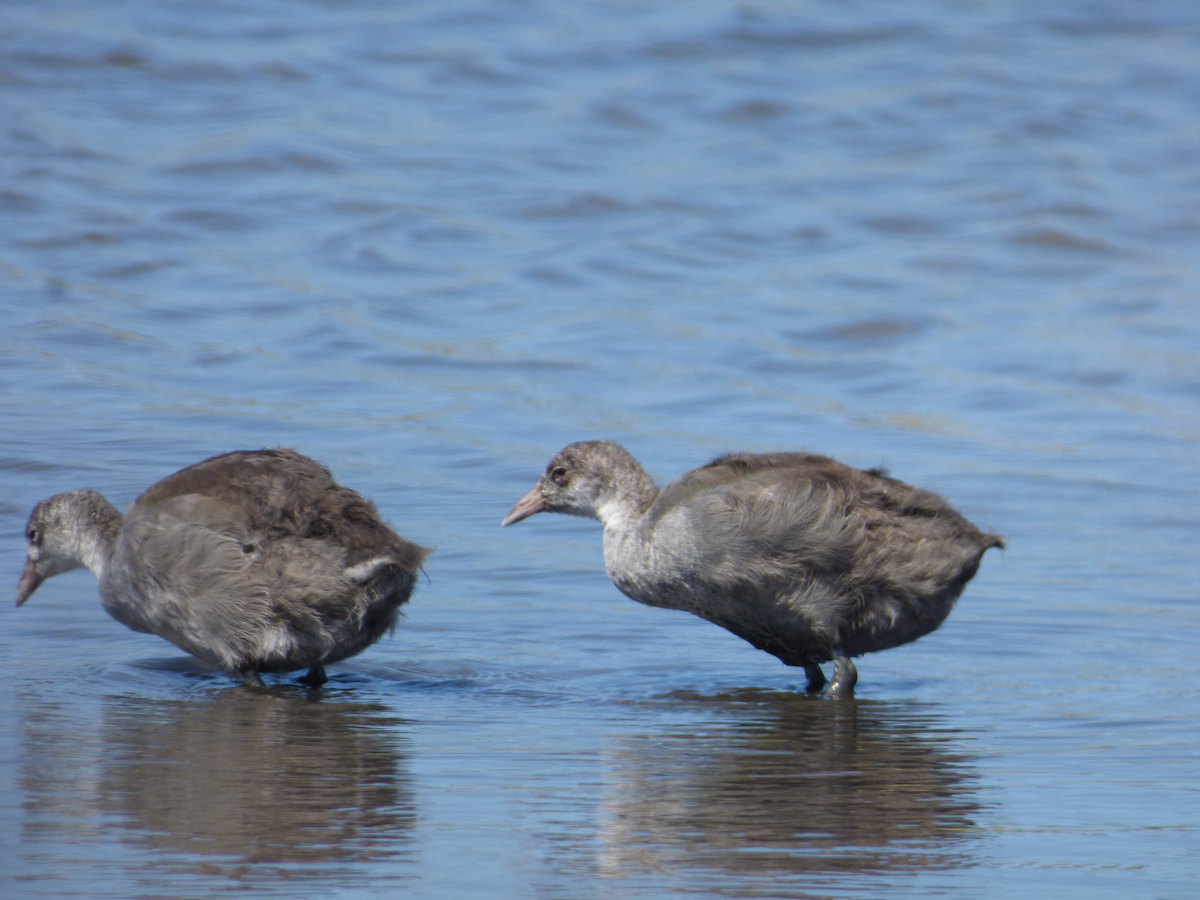 Young birds lack the white bill and frontal shield of the adults, but still have the characteristic stocky shape.
Forest and Kim Starr © Creative Commons