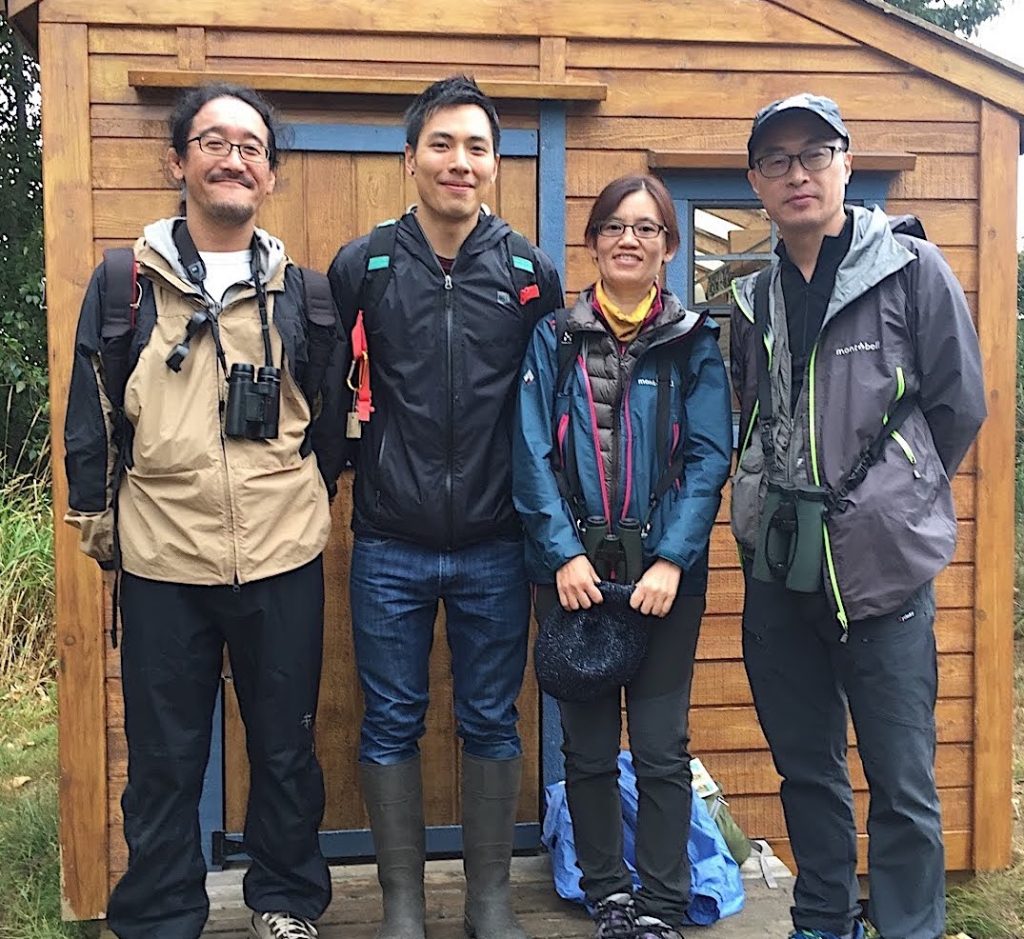 In the Faces of Pacific Birds series, we are taking turns featuring Pacific Birds staff, board, partners and friends. Andrew Huang is the Joint Venture Coordinator in British Columbia and devotes much of his time to enjoying birds in an urban setting, including the Anna’s Hummingbird that visits his apartment balcony. Andrew shares how his passion for birds began and how it inevitably led to his career.

I was at a Christmas party a few weeks ago – one of those ones where the host assembled groups of people who are strangers to each other except for himself – when somebody asked me “How did you get into birds?” It was odd the way he asked about my profession, but nevertheless it was a fair one, because it’s not everyday you meet a bird biologist at a Christmas party.

The only places I’ve ever lived in were cities, big populated ones saturated with skyscrapers, condos, shrines, temples, cathedrals. Urban green spaces were scant, let alone proximity to wilderness. The only genuine exposure I had to nature growing up was David Attenborough and the many BBC documentaries that he narrated. From fungus that turn ants into zombies, to the sassy courtship spectacles of the birds of paradise, to the majestic low hums of humpback whales – I was enthralled by it all.

My fascination for wildlife was then refined down to birds in university, when I realized there were far more people doing research on birds than any other fauna – that is except for fish, but they’re slimy and uninteresting. That fascination unavoidably came with an intense will – and perhaps obligation – to protect them and their habitat at all cost. A typical urbanite could passively contribute to conservation by drinking bird-friendly coffee, marching in climate action protests, or supporting pesticide-free growers. I on the other hand have been granted with a career that actively partakes in conservation through working with like-minded passionate people and doing bird surveys in the field. What started out as mindless browsing on the television in a suburban Vancouver neighbourhood, to now dedicating my career to conservation, it just goes to show that kindling a passion for nature doesn’t have to involve weekly camping trips or frequent visits to the aquarium. Everyone has their own story, because access and opportunity are not always equitable. To this day I wonder how many full-fledged city kids were inspired by David Attenborough to commit to a career in wildlife biology.

But of course I didn’t bore the person at the party to death with this long-winded answer. Instead I just told him that I like birds because they are cute and fluffy.

“So what’s your favourite bird right now?” he asked as a follow-up question. I paused for a minute, and told him Surf Scoters. I was holding one the other day while helping out with some seaduck fieldwork in Howe Sound, an area immediately west of Vancouver that was recently designated as a UNESCO Biosphere Reserve. I then wondered what was it that inspired this wild species to spend its entire winter in this built-up urban city, of all the places in the world. If only the BBC could do an episode about it. 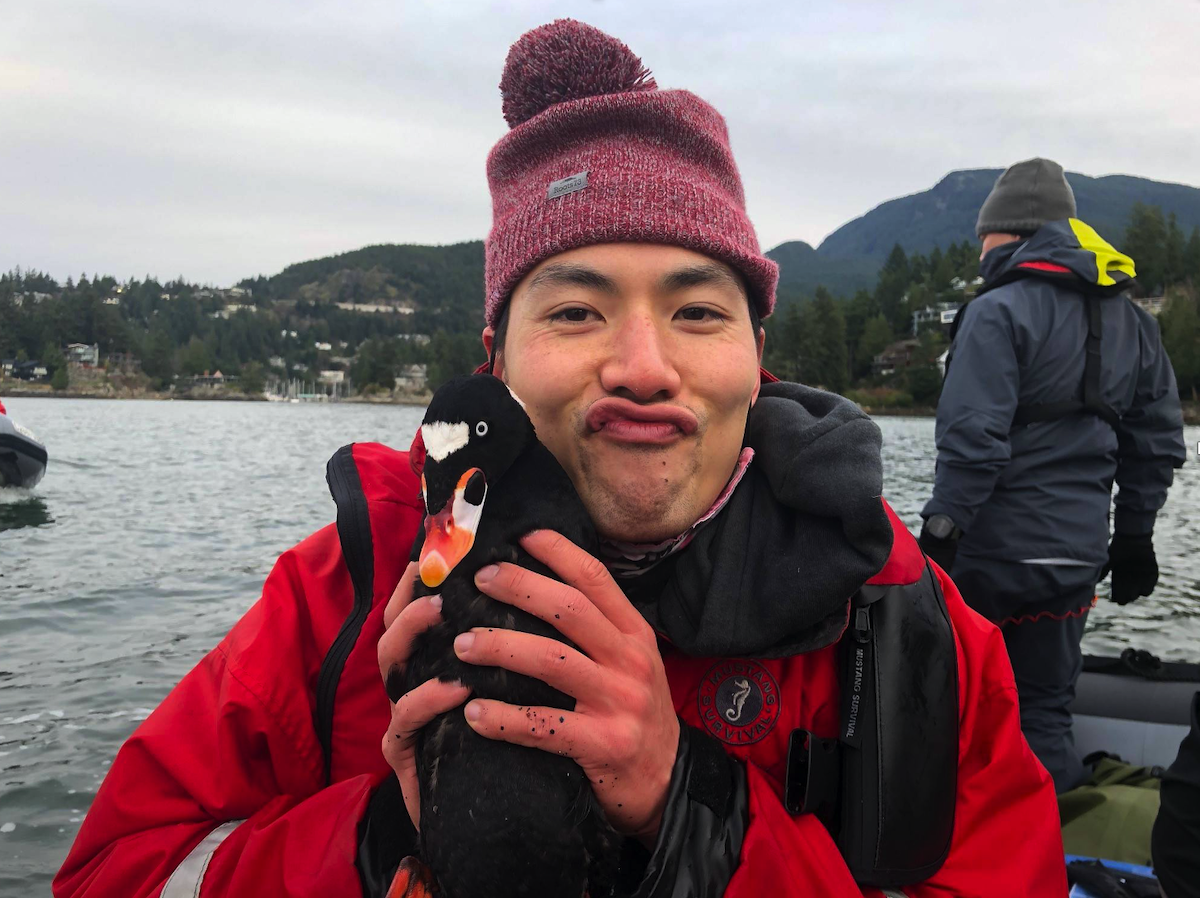