How many Streaked Horned Larks are there? 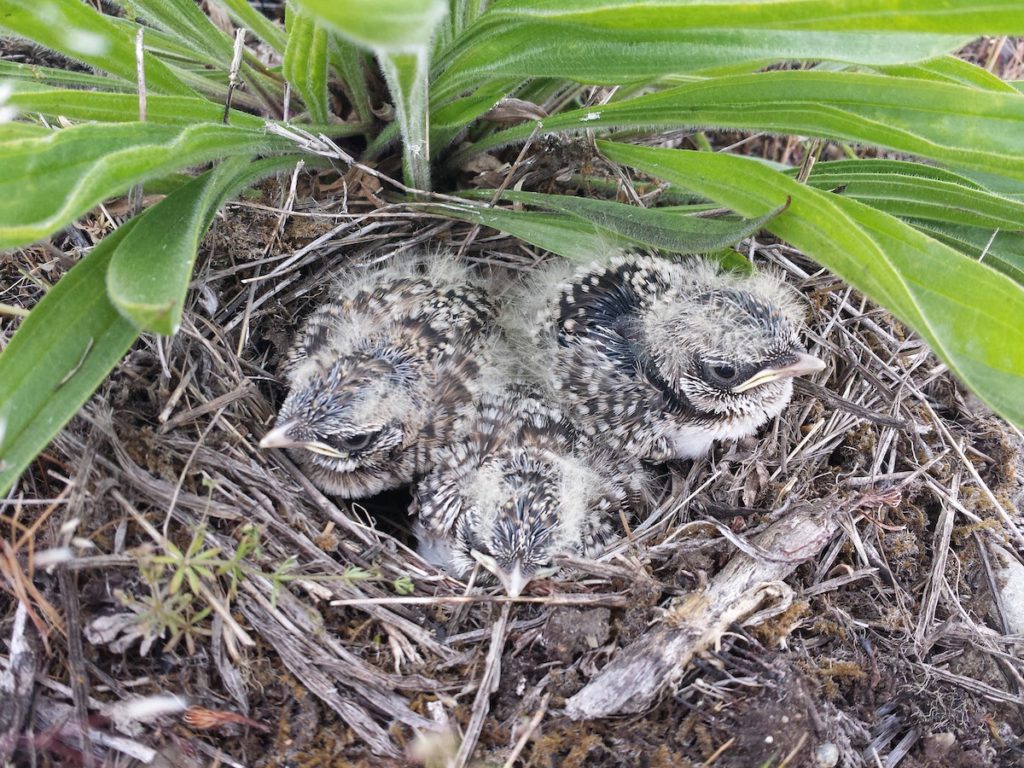 De-listing the lark depends on numbers

I frequently receive questions from landowners regarding lark numbers in the Willamette Valley: How many larks are there? How many are needed to de-list the subspecies? How accurate are these numbers and how did we arrive at them? Streaked Horned Larks are a federally listed threatened species, and most of the remaining population is found in the Willamette Valley of Oregon, so these are important questions.

It is difficult to know exactly how many larks are in the Willamette Valley. It is a large area and the majority of the land is privately owned. While extensive surveys have been done on public conservation lands and even on airports across the Valley, access to survey the large amounts of private land has been more difficult to obtain. Roadside surveys across the Valley are conducted periodically to get an understanding of lark numbers and distribution, but these surveys rely on detecting larks that happen to be near enough to public roads to be seen or heard.

The most current estimate that conservationists have is from the 2011 paper published by Corvallis ornithologist Bob Altman titled “Historical and Current Distribution and Populations of Bird Species in Prairie-Oak Habitats in the Pacific Northwest.” The paper provides a range of 900-1300 larks in the Willamette Valley, and explains that this range is based on surveys from specific sites (500 larks), roadside surveys (168 detections), and Bob’s expertise developed over three decades of working in the Valley.

Conservationists at the Center for Natural Lands Management are currently working to develop a new roadside survey protocol for use in the Willamette Valley. The most recent survey was done in 2008, so a new survey is timely and will give us an updated estimate of how the lark population within the Valley is faring.

When establishing a numerical threshold for lark recovery and de-listing, conservationists use a number of tools and methods. These include:

Using these tools, biologists with U. S. Fish and Wildlife Service and other agencies and organizations have established a goal (known as a minimum viable population) of 5,725 Streaked Horned Larks range-wide, and about 4500  individuals within the Willamette Valley. If we refer back to Bob Altman’s estimate of 900-1,300 larks currently in the Valley, we can see that there still needs to be an additional 3,200-3,600 individuals added to the population before de-listing can occur.

Learn More: Population Recovery Objectives and Their Use in Recovery Planning: A Brief Review