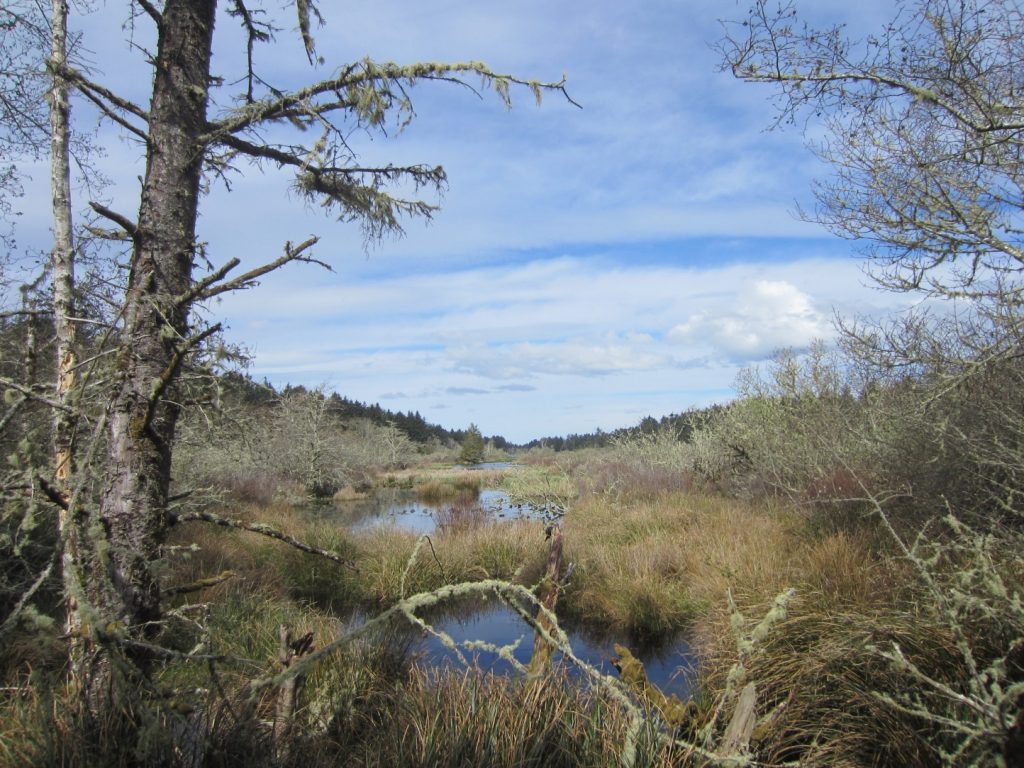 Columbia Land Trust and Pacific Birds Habitat Joint Venture share a long history in the Pacific Northwest. In 1990, the Land Trust’s twelve volunteer founders opened their doors, recognizing that growth and development were changing the landscapes that they loved. As Executive Director Glenn Lamb states, “We were a fledgling organization with no experience, no confidence that we could have an impact.”

Pacific Birds was formed in 1991, as an international Joint Venture. The earliest Migratory Bird Joint Ventures were formed in the late 1980’s to address significant declines in waterfowl populations. The idea was to protect the critical habitats needed for waterfowl and other wildlife by forming partnerships that would pool resources and expertise to catalyze and implement strategic conservation projects. One way that Pacific Birds, in its early years, helped catalyze those projects was to provide assistance and support to “fledgling” land trusts. A partnership was born that continues 25 years later.

Moving ahead to 2015, Columbia Land Trust has now conserved more than 27,000 acres in the Columbia River Basin (and has restored thousands of these acres) resulting in measurable improvements for fish and wildlife. Their service area includes more than 13,000 square miles in two states from The Dalles in Oregon to the Pacific coast in Oregon and Washington. Staff has grown from an all-volunteer board to 23 staff today, and they have gone from “no experience, no confidence” to leaders in the land trust community. The Land Trust works to conserve and care for a variety of Pacific Northwest habitats such as wetlands, oak woodlands, forests, and coastal estuaries. Resident and migratory avian species are among the many beneficiaries of the private lands conserved by the Land Trust.

Throughout their 25-year history, Columbia Land Trust has intentionally protected and restored wetlands, riparian and associated habitats because of their value to waterfowl, waterbirds, raptors and neotropical migrant landbirds. The U.S. Fish and Wildlife Service supports Columbia Land Trust’s wetland conservation work, especially through North American Wetlands Conservation Act and National Coastal Wetlands Conservation grant programs. In early 2015, the Land Trust announced it had received a $914,375 grant from the National Coastal Wetlands Conservation Grant Program to acquire and protect 400 acres of declining coastal wetlands, riparian areas and conifer forest on the Long Beach Peninsula between the Pacific Ocean and Willapa Bay, in addition to wetlands in the Chinook River estuary in southwest Washington. Among the species that will benefit from this project include Snowy Plover, Streaked Horned Lark, and Trumpeter Swan.

This is the fourth Coastal Wetland grant awarded to a Columbia Land Trust project in the past eight years, all of which have supported Long Beach Peninsula and Willapa Bay projects. The Land Trust has conserved 1,400 acres with the grant funds so far. If all goes according to plan, the new grant will bring the total up to 1,800 acres by the end of 2016. Pacific Birds looks forward to seeing the future conservation work of the Land Trust!