The British Columbia portion of Pacific Birds is entirely within Bird Conservation Region 5, the Pacific Northern Rainforest. It includes 29.1 million land hectares (54 million acres), as well as 45.8 million hectares (113 million acres) of seascape and 30,285 km (19,000 miles) of shoreline. The British Columbia coast is a complex of inlets, bays, islands, straits and fjords rising to a diversity of near-shore, intertidal and forested habitats. The coastline has more than 440 estuaries containing tidal wetlands and adjacent floodplain habitats.

More than 1.2 million waterfowl (over 38 species) winter along British Columbia’s coastline, and another 400,000 in its estuaries. This includes nearly half the wintering population of the Wrangel Island Snow Goose, which breed in Russia, as well as about half of the total Trumpeter Swan population. In addition to waterfowl, the public and private lands within the Pacific Birds geography provide key habitat for numerous other resident and migratory waterbirds, shorebirds and landbirds.

Over 171 million dollars has been invested in Joint Venture habitat projects in British Columbia since 1993. As a result, partners have secured, restored or enhanced almost 45,000 hectares (111, 000 acres). Conservation efforts in British Columbia have been focused in the Southwestern British Columbia Planning Area where the wildlife values are high and the pressures of human activity are greatest. 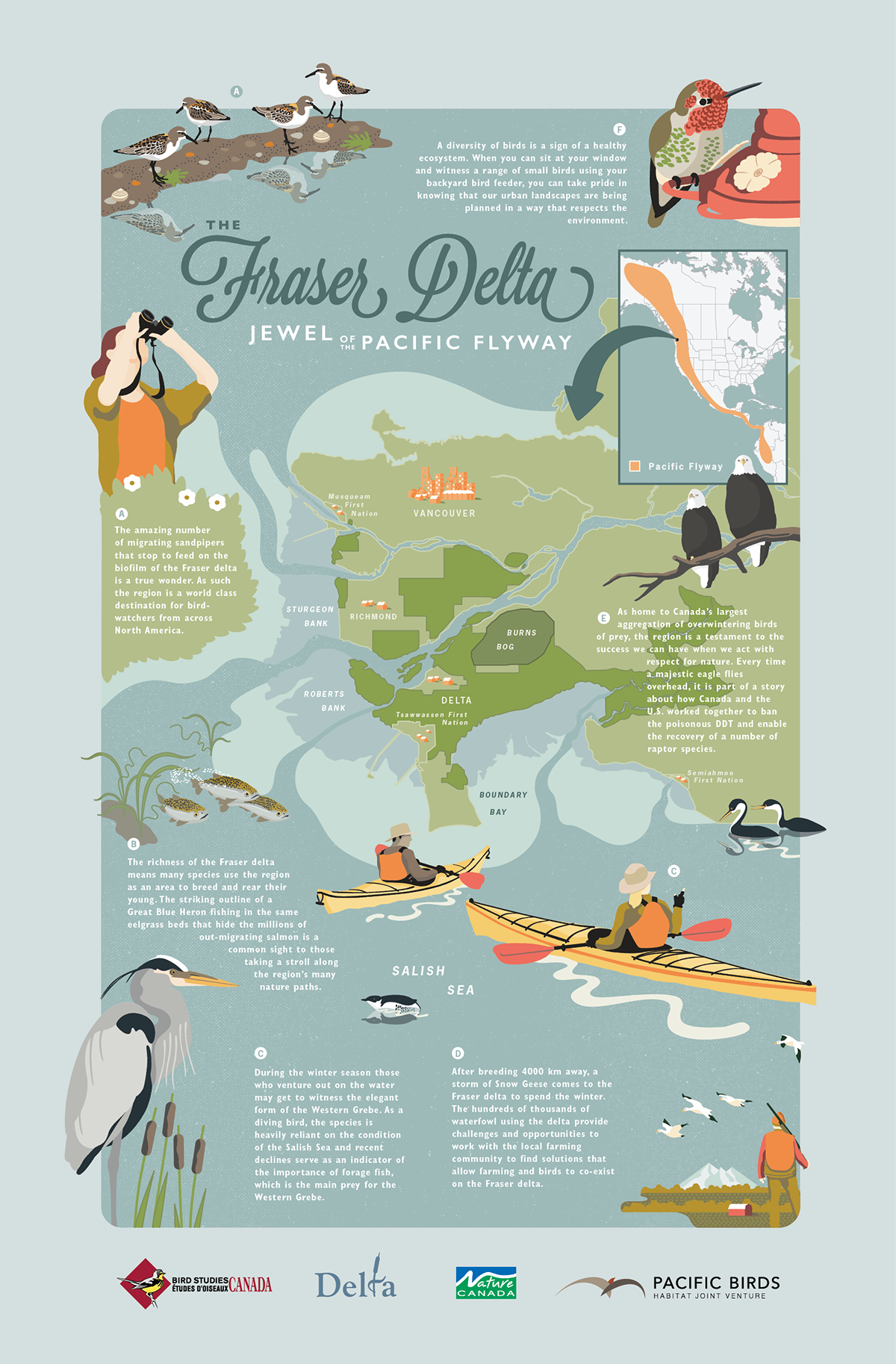