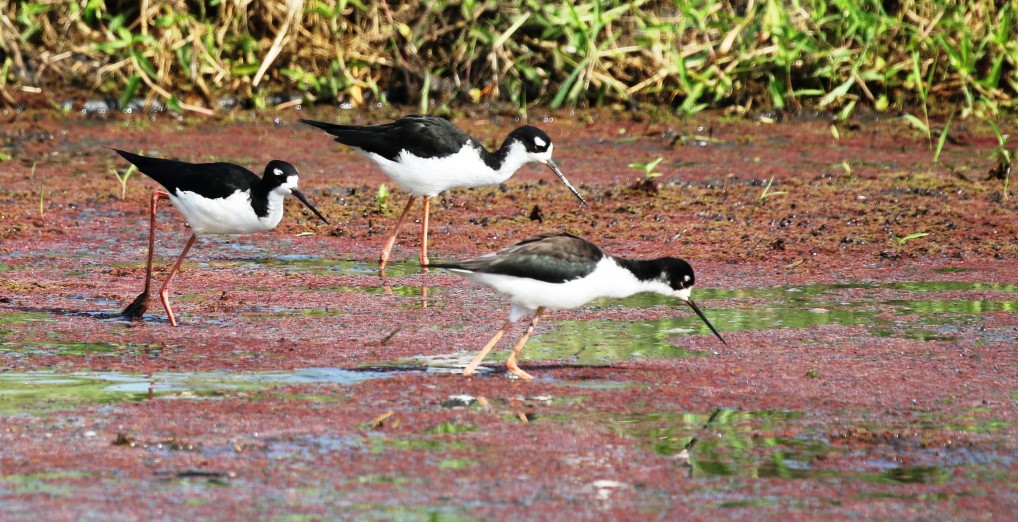 
Partners Talk Hawai‘i and Beyond

In January, 90 stakeholders met on O‘ahu for the biennial 2016 Hawaiian Wetlands and Waterbird Workshop, convened and sponsored by Pacific Birds and the Hawai‘i Division of Forestry and Wildlife (DOFAW).  The workshop brought partners together from across the Hawaiian Islands and Pacific Northwest to share information and network. Pacific Birds has been working with partners in Hawai‘i for a decade addressing the challenges related to wetlands habitats and waterbirds. While there was a lot of information sharing about research, management and monitoring on the islands, this year's workshop also looked beyond Hawai‘i. There was a strong theme of connections: the Hawaiian people with their culture, endemic birds with their habitats, and migratory birds across the Pacific. The workshop also spoke to the connections that are needed among people as they address common problems in conservation across the globe.

Dr. Sam ‘Ohu Gon III from the Nature Conservancy opened the workshop looking at the Hawaiian cultural connections to water, wetlands and wetland species. Many wetlands in Hawai‘i have been impacted by the human footprint. In Hawaiian culture, wetlands and their associated plants and animals are linked to sacred deities, and understanding these connections is important in forging relationships and working with local communities. The deep cultural connection to water and wetlands was reiterated on the last day of the workshop when participants visited He‘eia wetland.

Gerrit Vyn from the Cornell Lab of Ornithology also spoke to connections: those of migratory shorebirds. His fantastic slides and videos showcased birds that range from Alaska to Hawaii to China, New Zealand and other countries along the East Asian Australasian Flyway. Shorebirds such as Kōlea (Pacific Golden Plover) and Kioea (Bristle-thighed Curlew) spend their lives in Alaska and Hawaii and other Pacific locations, so consideration of both their wintering and breeding grounds is key to understanding their life cycle needs. He also spoke about the Red Knot and Spoon-billed Sandpiper. While not found in Hawaii, these species have been hugely impacted by human activities and the degradation and loss of core stopover habitats, such as the Yellow Sea. These stories have helped raised international awareness about the threats to migratory species across the globe.

Ashley Dayer, also from Cornell, stressed the critical role of people in bird habitat conservation.  Her keynote addressed Human Dimensions and why conservation needs social science. As she pointed out, finding solutions in bird conservation— in Hawaii and elsewhere—requires changes in people behavior more than bird behavior. Human Dimensions in conservation seeks to understand human values, attitudes and actions in order to better inform conservation outreach, decision makers and policy. This is critically important in Hawaii, which has been referred to as the extinction capital of the U.S.

A major thread of the workshop, as in past years, was connecting partners with each other. Presentations covered topics such as invasive species and predator control, the threats to populations from avian botulism, altered hydrology, and climate change. A key panel discussion addressed Hawaii's state waterbird surveys. These surveys are conducted on wetlands twice a year to estimate populations of wetland obligate endangered species as well as migratory shorebirds and waterfowl, and they are used to inform planning and management. Partners discussed the history, challenges and future goals of these surveys. In another panel discussion, scientists led a lively discussion on if, or how, Hawaiian waterbirds could be delisted when population recovery goals are met or exceeded, yet intensive management must be continued. Participants also discussed the obstacles to recovery, and conservation and funding needs particular to Hawai‘i.

Partners also heard updates from Adonia Henry, wetlands ecologist, who spoke about the GIS analysis she is conducting to update the Joint Venture’s 2006 Strategic Plan for Wetlands Conservation in Hawaii. The wetlands spatial analysis will prioritize wetland locations for conservation actions. And Sara Evans-Peters, Pacific Birds' conservation planner, joined on-line to update partners on the strategies for implementation of the Hawaii Strategic Plan using methods adapted from the Open Standards for Conservation approach. These elements are intended to complement each other to strategically target wetlands and waterbird conservation on the islands.


The 2016 workshop culminated in a field trip led by Kanakoe Kukea-Schultz of the Nature Conservancy, who showed participants the work that partners are doing at He‘eia Wetland. Historically, the productive wetlands and fishpond in this area supported thousands of people, but have been degraded by invasive species and changes in management practices. A major goal of the project is to develop sustainable, organic agriculture while also supporting the native bird species. This will include developing organic kalo (taro) patches, fish ponds and other infrastructure as needed to manage the area for the benefits of the community.  As participants saw during the morning's visit, the challenges are large with invasive plants such as California grass having taken a foothold, and managing stream flow is complex.  Participants appreciated the first hand look at this community wetland restoration project which brought to life many of the topics presented during the first two days of the workshop.