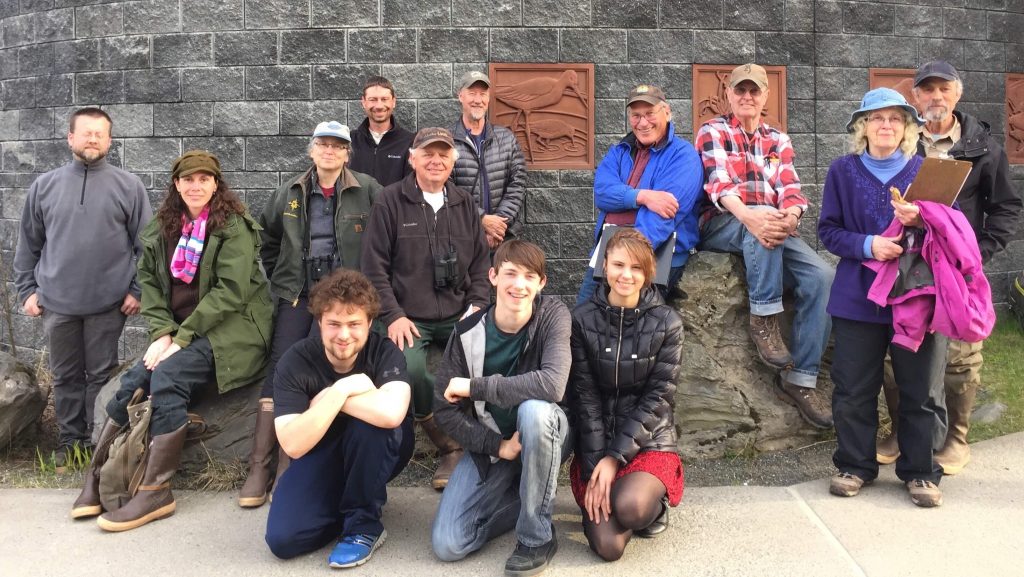 Across the globe, citizen scientists are informing bird conservation by reporting on their local birds. The information sheds light on species distribution, population trends, and how landscape level changes are affecting bird habitats. Engaging in citizen science also promotes a greater understanding of the role and values of birds in the natural world.

Volunteers in the Pacific Birds region have many opportunities to get involved in citizen science projects. Here is a sampling:

Kachemak Bay Birders in Alaska are in their 8th year monitoring shorebirds that stopover in Kachemak Bay during spring migration. Their long-term data helps detect population trends and advances local conservation efforts. Volunteers have collected data from six sites in the Homer Spit area as well as the Anchor and Kasilof Rivers, following up on monitoring done in the eighties and nineties. The data has recently helped make a strong case to significantly expand two existing Western Hemisphere Shorebird Reserve Network (WHSRN) sites to include most of Kachemak Bay. As George Matz of Kachemak Bay Birders said, "Homer has spoken; we value shorebirds. And our WHSRN designation connects other Pacific Coast states, provinces and nations so that we may share our stewardship responsibilities. We have much to share."

By partnering with organizations in using eBird Northwest, WDFW gathers data about the state’s bird Species of Greatest Conservation Need, as defined in the Washington State Wildlife Action Plan. And partners benefit by learning more about  avian conservation strategies and funding opportunities.

The Brown Pelican Citizen Science - Baja to Washington project is a collaboration among eBird, the U.S. Fish and Wildlife Service, state agencies and the Audubon network. The development of these highly regarded regional data and informational hubs is providing scientists access to greater sources of information, and enabling outreach across conservation communities.

The Power of Millions of Observations

Using millions of observations from the eBird citizen science database, the Cornell Lab of Ornithology has visualized bird migrations for 118 species in the Western Hemisphere. While the researchers are learning about the factors that affect migration routes, the rest of us get to see a powerful image that shows the birds in our local areas, and when and where the birds are moving.  See the map and learn more.

Thank you to Wendy Connally, Citizen Science Coordinator with the Washington Department of Fish and Wildlife, and Lora Leschner, Pacific Birds Partnership Coordinator, for contributing to this story.