Many Winners With Tillamook Bay Project 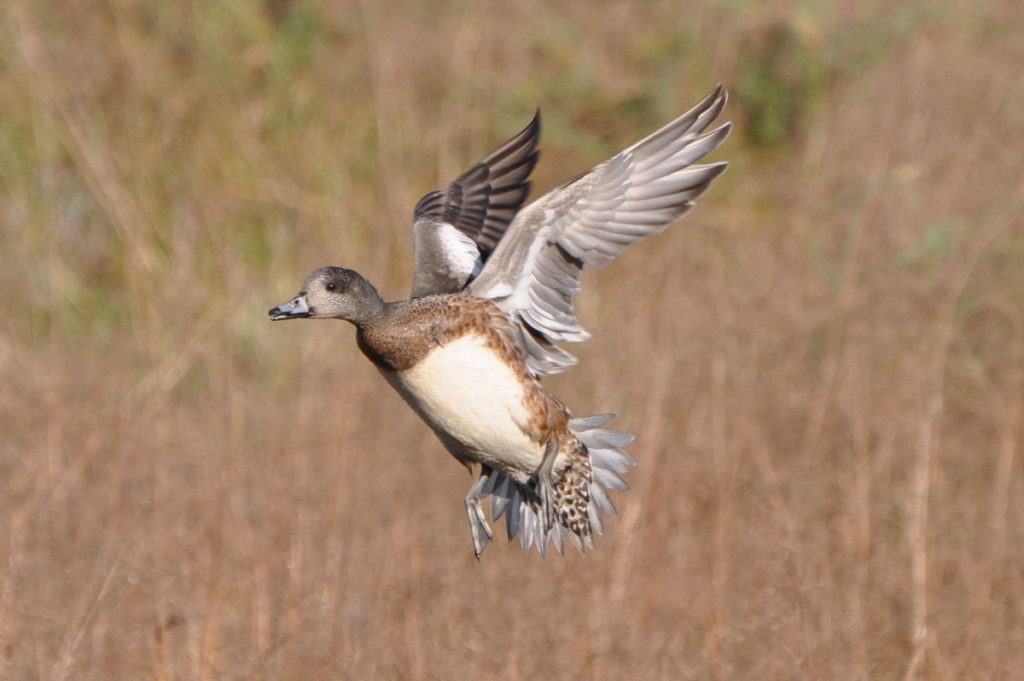 Restoration and Flood Reduction Project Years in the Works

In December 2016, officials cut the ceremonial ribbon on a project that is returning tidal flows to more than 500 acres of floodplain wetlands at Tillamook Bay on the Oregon coast. The project was originally envisioned as a tidal wetlands restoration effort more than 15 years ago, but evolved into a massive flood reduction effort. More than 80 percent of the natural tidal wetlands have been lost in the area.

Tillamook Bay is a major stopover for migrating and wintering waterfowl and shorebirds, and wetlands restoration is key to rebuilding the watershed’s depressed salmon populations. While numerous fish and wildlife species will benefit, a major catalyst for completion of the floodplain project was the benefits it promised for people in the local community.

The town of Tillamook and the surrounding pasturelands that support the area’s dairy industry have long been prone to winter flooding. In 2006, when 20 inches of rain in 48 hours pushed rivers to record levels and caused widespread damage, local leaders asked for state assistance to help find solutions.  One solution was to create a floodway to channel the overflow from the Wilson River safely past town to the bay­, but it was complicated. Tidal marshes had been converted to dairy pastures over the years using dikes and levees. This allowed landowners to drain the land for pasture and haying most of the year, but it trapped overland flows and backed water back up into town whenever flooding overwhelmed the tide gates that drained the agricultural lands.

Removal of the dikes and restoration of the former tidal wetlands at the confluence of the Wilson and Trask Rivers was identified as a high priority by the Tillamook Bay National Estuary Project in the 1990s. The Trust for Public Land and other Pacific Birds partners worked with Tillamook County to acquire about 375 acres at the confluence in 2001.  However, flood models suggested that opening up the dikes on those properties would only exacerbate the upstream flood problems.

The answer was to open up more of the dikes and levees, which required doubling of the project area to more than 600 acres and additional land acquisitions. It also meant flooding of about 85 acres of productive farmland– a major issue for the dairy industry, which had long opposed any net reduction of the county’s limited agricultural land base. When the affected landowner, a dairy industry leader, agreed to allow occasional flooding under an easement it opened the door for a relatively natural floodway to the bay.

The Restoration in Progress

After years of analysis, planning and fund-raising, construction crews began work in early 2016 removing more than eight miles of dikes and levees in the river delta at the south end of Tillamook Bay. The 12-million-dollar project will restore more than 500 acres of tidal marshes and other floodplain wetlands at the confluence of the bay’s two most productive rivers for salmon, and it will conserve habitat for birds. Importantly, it will reduce flood levels across more than 3,000 acres in and around Tillamook, affecting more than 500 residential, commercial, and agricultural structures.

With forecasts of increased coastal flooding and rising sea levels in the coming decades, the restored floodplain wetlands are also expected to serve as a buffer against the anticipated impacts of climate change, where birds and fish can thrive in a more resilient natural system.

Thanks to Bruce Taylor, Pacific Birds Partnership Coordinator based in Oregon, for contributing this story.

Learn more about the project.

Learn more about the birds.