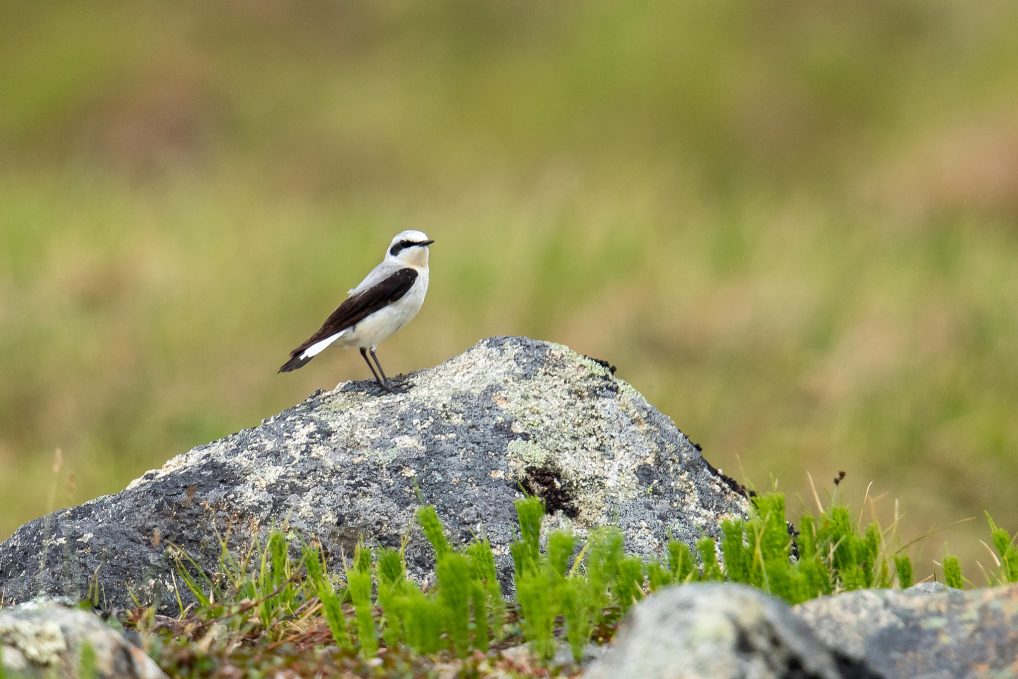 I was on vacation last week, traveling from Fairbanks to north of the Brooks Range on Alaska's Dalton Highway. The boreal, sub-arctic and arctic lands were bursting with bird life taking advantage of the short summer's food supplies. Among the species found here is a small old-world thrush that will soon be heading back to its wintering grounds in Africa. Alaska to Africa? The migration of the Northern Wheatear is a phenomenal one that doesn't pop into mind when you think of Pacific Birds.

There are two subspecies of the Northern Wheatear, both of which winter in sub-Saharan Africa. In North America, one subspecies breeds in Alaska and far western Canada, and the other in eastern Canada. As described by researchers who used geolocaters to study the wheatears' migration patterns, the subspecies appear to be hard wired to migrate to different parts of the African continent. Other than occasional vagrants, the birds forego the Western Hemisphere in the non-breeding season.

In the subarctic autumn, the birds from Alaska head west and travel across Eurasia 14,500 km or more to reach their wintering grounds in eastern Africa, whereas the birds from eastern Canada fatten up and take a shorter trans-Atlantic flight over to western Africa. For a bird that weighs about 25 grams, either route is a major feat of migration. And it all takes a while, so those Alaskan Northern Wheatears won't be seen much longer. Researchers determined it takes the Alaskan birds about three months to get to their wintering grounds. Safe travels!

See some other usual migration routes described by Cornell Lab of Ornithology.