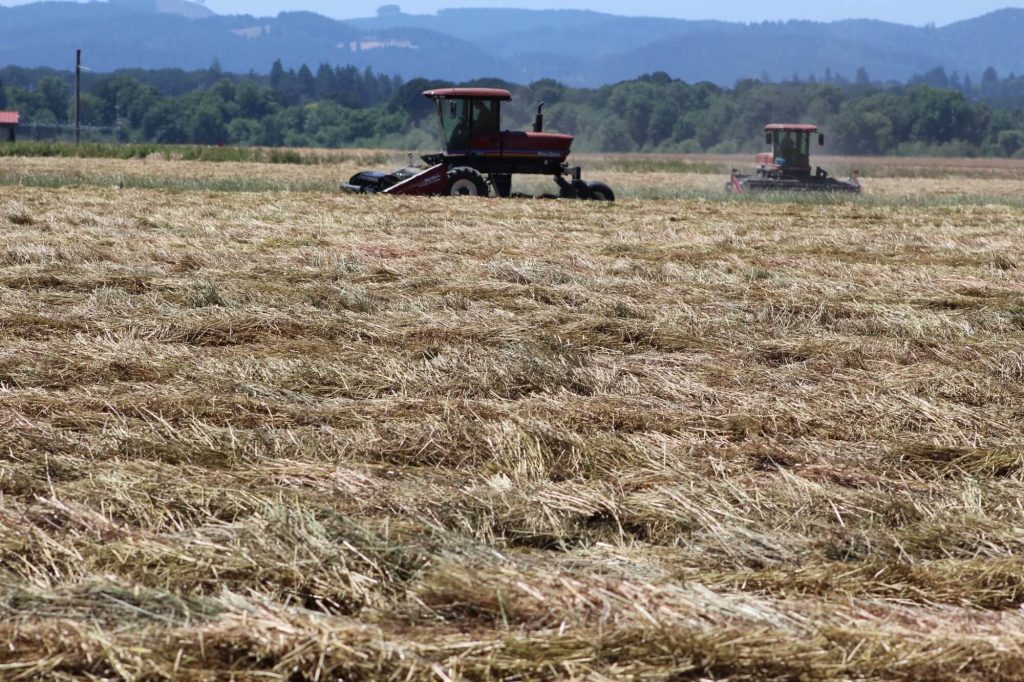 The landscape has shifted dramatically for Streaked Horned Larks since European settlement. While the larks can use farm fields after the crops are harvested, changing lands uses have generally led to significant population declines.

November is National American Indian Heritage Month. I would like to consider how native land management strategies historically created the Streaked Horned Lark’s habitat in the Willamette Valley, and how this species has fared over time and with shifting land uses.

In many regions of North America, natives relied on prescribed fire to keep landscapes open. For thousands of years before Europeans arrived, people would use fire to improve hunting grounds and select for edible plants. In the Southeastern U.S., fire-adapted Longleaf Pine savannas dominated the landscape. In the vast Great Plains, fire played a key role in the formation of the largest, most fertile extent of soil anywhere on the planet. And in the breathtaking Willamette Valley, prescribed fires kept the forest at bay for millennia following the Missoula Floods. The fires created diverse grasslands and savannas where deep forests would have otherwise grown from the rich soil.

The Willamette Valley’s summers provided optimal conditions for prescribed fire, and the soggy winters created numerous creeks, streams and wetlands. A unique community of plants and animals emerged and flourished; adapted to fire and the disturbance it created, and able to endure the hot dry summer months and the cold, wet winters. The Streaked Horned Lark, with its preference for disturbed areas with sparse vegetation, took advantage of the fire disturbance as well as the shallow wetlands, which revealed ideal nesting sites as the rains diminished and the water receded.

The plains of the Willamette Valley were readily noticed by European explorers, trappers, and pioneer settlers. The open landscape meant they could skip the backbreaking work of cutting trees and digging stumps to clear new farm fields. The once-frequent fires, now viewed as a threat to home and crop, were eliminated. Over time, new farming technologies were developed, such as drainage systems to make wetlands into decent farmland, tractors to replace the horse-drawn plow, and herbicides to help keep the weeds down.

Some of the unique species from the past do remain, and naturally many are imperiled. The Streaked Horned Lark, which largely relied on humans’ land management in the Willamette Valley, finds today’s land use less compatible. We are hopeful, however, that we can create a path forward that works for everyone. Farmers, landowners and conservationists are coming together to identify common goals that value both the bottom line and biodiversity. If we can succeed in identifying and implementing effective, collective strategies, the Streaked Horned Lark may rebound.