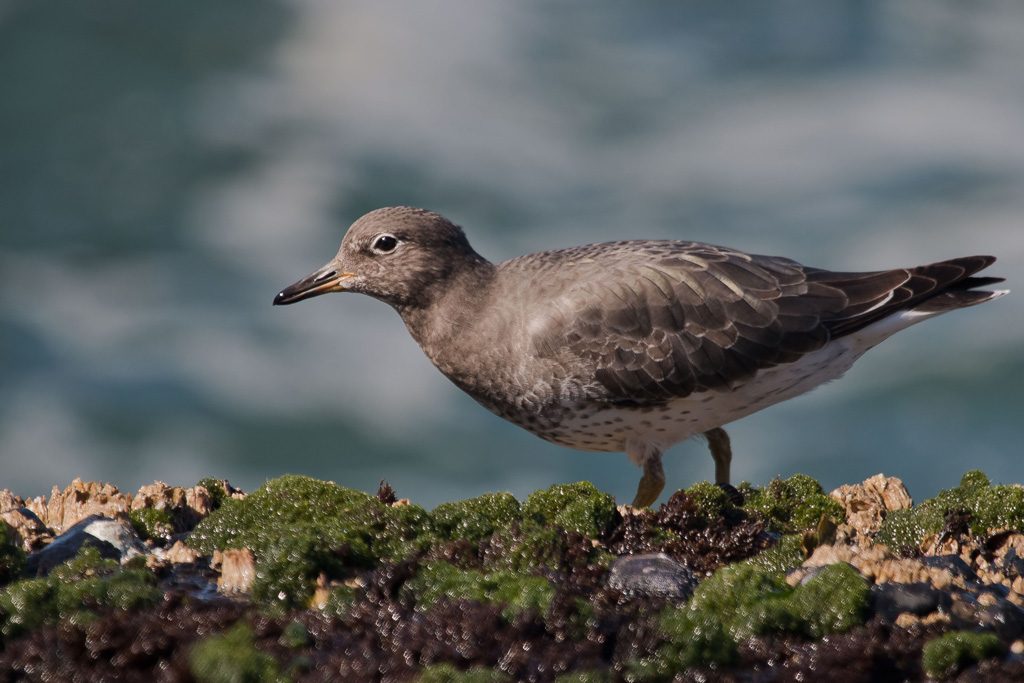 Western Sandpipers, Surfbirds (shown above), Dunlin and numerous other species move through the Homer, Alaska area during spring migration. The Kachemak Bay Birders are keeping an eye on them.

In May 2017, Kachemak Bay Birders completed its ninth consecutive shorebird monitoring project, summarized in the just completed Kachemak Bay Shorebird Monitoring Project: 2017 Report. The main purpose of this citizen science project is to attain a better understanding of the status of shorebird populations in the Kachemak Bay area, particularly during spring migration. The birders also continued monitoring at Anchor Point/River and the Kasilof River, which now includes five years of data.

By comparing current data from the Homer Spit to monitoring data collected by the late Homer resident George West, who conducted counts of Homer Spit shorebirds during the 1980s and 1990s, the group is able to get a better understanding of population trends. In addition, the project contributes information that might be useful to others assessing shorebird populations across the entire Pacific Flyway. It is also hoped that the monitoring data can help protect Kachemak Bay/Homer Spit shorebird habitat.