The North American Waterfowl Management Plan (NAWMP) has been promoting and supporting waterfowl conservation in North America for 32 years. The Plan, signed on to by the United States, Canada and Mexico, seeks to conserve North American waterfowl populations–by working with local partnerships, using strong science, and fostering effective actions and policies. Habitat Joint Ventures are key partners in NAWMP as they deliver habitat conservation–for waterfowl, but also to the benefit of other birds and wildlife.

A number of revisions and updates have been made to the Plan since 1986. The 2018 NAWMP Update was released in late December. See the letter about the Plan Update from the NAWMP Plan Committee here, or visit the plan below. 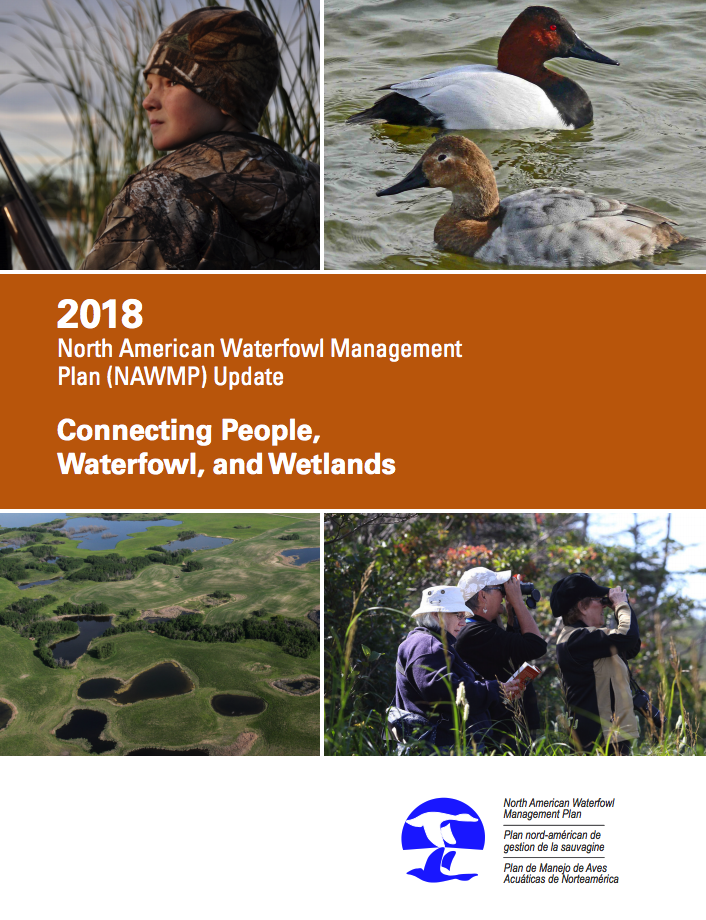