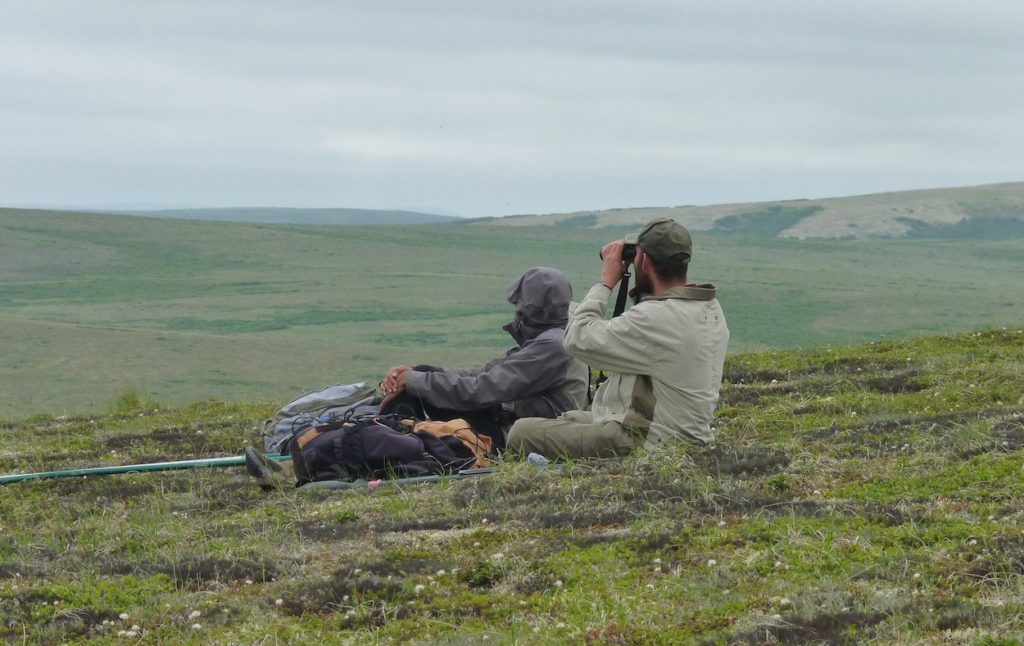 Looking for Bristle-thighed Curlews in Alaska. The species is of one of greatest conservation concern in the Alaska Shorebird Conservation Plan.
Kristine Sowl, U.S. Fish and Wildlife Servie

"Alaska’s immense size, diverse habitats, and position at the terminus of several migratory flyways make it a critical region for breeding and migrating shorebirds. Seventy-seven species of shorebirds have been recorded in Alaska—over one-third of the world’s species."

- From the Plan's Executive Summary

About half of Alaska's breeding shorebirds are thought to be in decline. The good news is that a lot has been learned in the past ten years, and that knowledge is incorporated into Version III of the Alaska Shorebird Conservation Plan.

The revision builds upon and updates earlier versions of the plan and identifies priority species and threats, as well as strategies and objectives to address conservation issues statewide and at the level of Alaska's five Bird Conservation Regions (BCRs). Specific conservation actions are also laid out by BCR, which will foster more specific and effective work at the local level – although "local" in Alaska is still a large area.

Given that Alaska's breeding shorebirds winter in five different flyways, the importance of flyway-wide conservation is stressed throughout the plan. The Alaska Shorebird Group has made a major contribution to shorebird conservation with this revised plan, have a look!

The revised plan has a new Stewardship section – to qualify, half of the population of a species must be found in Alaska at some point during its annual cycle.
Surfbird, Tom Benson © Creative Commons
DDWNLOAD THE PLAN