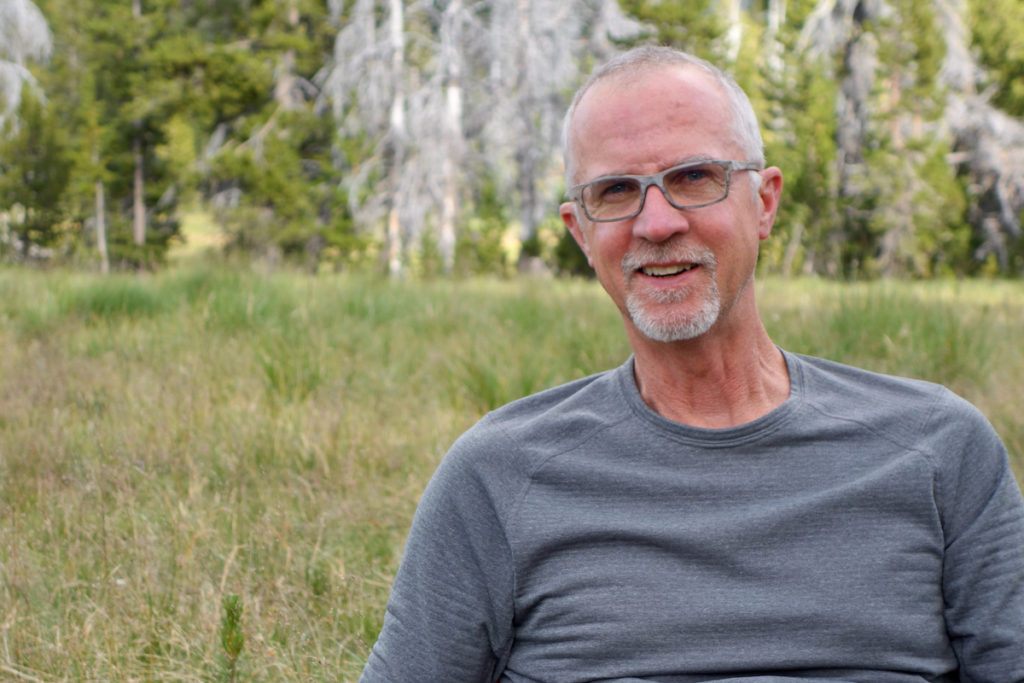 This post was written by Pacific Birds and Intermountain West Joint Venture Staff.

If you have worked in Oregon’s conservation community for any length of time, chances are you either know Bruce Taylor or have heard his name. He has been involved in hundreds of conservation projects throughout the state and has routinely brought partners together to collaborate. He has also been instrumental in helping partners secure the funding they need to get acres restored, enhanced, and protected in perpetuity. While his work is usually associated with migratory birds, Bruce’s endeavors epitomize what we all know: habitat conservation supports diverse fish and wildlife species and sustains people and their communities. Bruce has devoted his career to ensuring that there are healthy habitats—for both wildlife and people—across the Pacific Northwest.

Bruce embodies the commitment and energy that is the heart of community-based and collaborative conservation. Humble, open to diverse perspectives, and bridge-building across scales, he played a formative role in creating the Joint Venture framework. In early 1992, he started with what was then the Pacific Coast Joint Venture (now Pacific Birds) whose territory was Oregon west of the Cascades—within Bird Conservation Region 5. When the Intermountain West Joint Venture (IWJV) began in 1994, Bruce joined their efforts, picking up Oregon east of the Cascades. For the next 20 years, Bruce’s work with the two Joint Ventures was under the umbrella Oregon Habitat Joint Venture (OHJV). For his vision and leadership of the OHJV, Bruce was awarded the 2015 John E. Nagel Award by the IWJV.

For decades, Bruce has been instrumental in advocating for “JV1234” base funding, the annual appropriation within the U.S. Fish and Wildlife Service’s budget that supports Joint Ventures across the nation. Thanks to his voice and a choir of other Joint Venture supporters, this critical source of funding reached its pinnacle at $14.6 million in FY 2020.

The “early days” of Bruce’s work were in an era of many natural resource conflicts, when partnerships, and even cooperation, were a novel approach to conservation. Joint Venture work meant sitting around a table, seeking or pursuing opportunity, and fostering a collective spirit. Individual partners came together to consider projects on a larger scale, setting the stage for regional and flyway approaches to habitat conservation. As Bruce says, “The Joint Ventures have done a lot to establish community-based collaborative approaches as an effective model for biodiversity and habitat conservation on a landscape scale.” His efforts and perseverance were instrumental in creating a model that is now employed by many conservation organizations and partnerships across the country, including landowner groups, decision-makers, agency representatives, non-governmental organizations, and advocacy groups.

Bruce was a collaborator, convener, and pollinator long before it was fashionable and the “way” to work. In the early days of the Joint Venture, we would drive all over the state hosting Joint Venture steering committee meetings, attended by anyone who was interested in conservation. From the coast, the Willamette Valley to eastern Oregon, it was always a guess and crapshoot of who, or if anyone, would attend. It was in those meetings that Oregon’s NAWCA grant partnerships germinated. In those days, it took a village–or at least a group of organizations–to come up with the match and understand the larger picture needed for NAWCA grants. Bruce can start his new chapters, proud of the many acres of wetlands that have been conserved and restored and the number of watershed councils, land trusts and other conservation groups today that grew from those early Joint Venture get togethers.

Some of Bruce’s local work involved the development of the High Desert Partnership (HDP), an organization dedicated to finding common ground on natural resource and community challenges in Harney County. He has served on the HDP Board since 2008. Bruce has also been an active collaborator in the Oregon Sage-grouse Conservation Partnership (SageCon) established in 2010 to guide Oregon state policy, leverage funding, and build conservation actions that balance natural resource conservation with local livelihoods. He has contributed to multiple local wetland conservation projects in western Oregon and has recently been the lead on Pacific Birds Oak and Prairie conservation work throughout the Pacific Northwest. Currently, Bruce also serves as the Vice-Chair of the Oregon Agricultural Heritage Program.

Looking ahead, Bruce is eager to spend more time outside and to travel with his wife, Jana. As he says, “I’m viewing my departure as an opportunity to step away from work and see what rises to the top out of all that life offers.” We wish him the best!

Bruce officially retired from Pacific Birds on September 1, 2020, and will retire from the IWJV in October 2020.