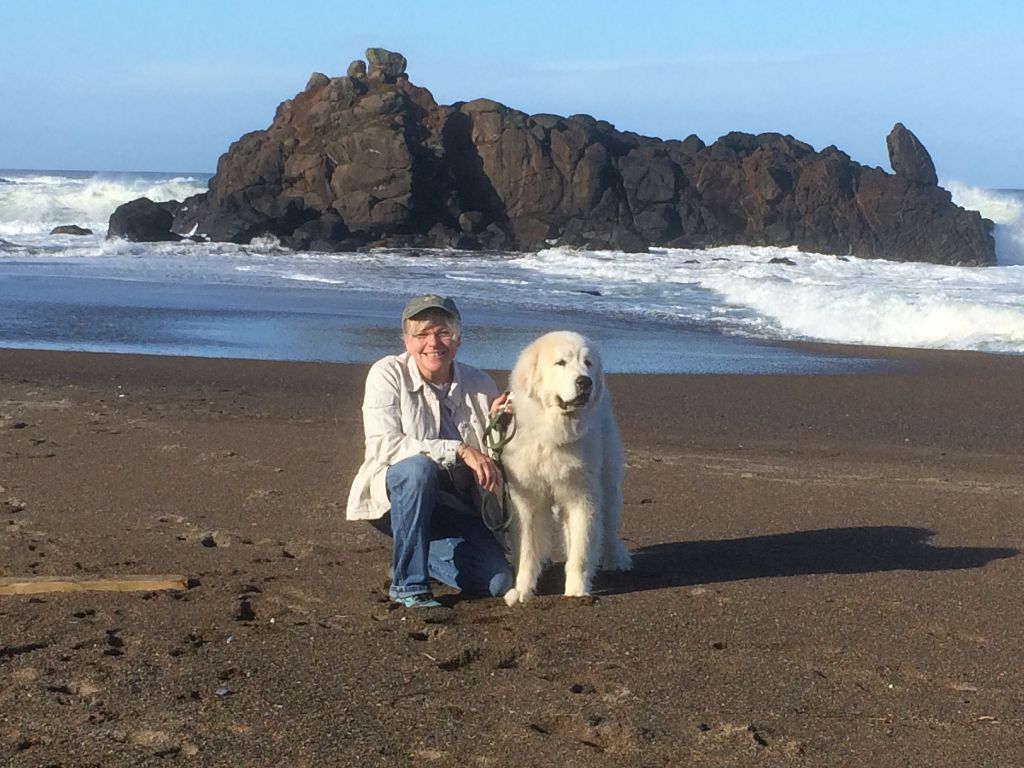 Holly and her dog Cowboy on the beach in Oregon.

Meet Pacific Birds Board Member Holly Michael (and her dog Cowboy). As part of our series on getting to know the board, staff and partners of Pacific Birds, Holly has told us a bit about her career and what has inspired her.

Holly has been a Pacific Birds Board Member for over a decade and was the U.S. Co-chair of our JV's International Board for two terms. She has dedicated 45 years to conservation research, management and policy across the U.S.

Holly received her degree in fish and wildlife in 1976 in New York State, and was fortunate to begin her career in field research on Bald Eagles in New York and Ohio. Her research on wintering and nesting eagles for the state wildlife agencies led to collaborating with Cornell University to raise and release eagle chicks for three years in New York and Ohio. These were the first programs of this kind in the nation, dedicated to bringing back our endangered national symbol. Over the decades Bald Eagle populations have rebounded across the U.S. and Holly has always been inspired by the collective work of dedicated scientists leading to the recovery of eagles, peregrine falcons and other species at risk.

Holly then shifted gears a little and worked as a surface coal mine Inspector in Ohio. In addition to her enforcement role, the reclamation of drastically disturbed landscapes was essential for restoring fish and wildlife habitats and she focused on working with miners to achieve that through innovative engineering, hydrology and soil science. Her largest reclaimed site is now a state Wildlife Area with healthy and abundant native flora and fauna.

She continued wildlife and habitat work for another 20 years, with Oregon Department of Fish and Wildlife (ODFW) at local, statewide, regional and national scales. She led the team that developed the Oregon Conservation Strategy and was a leader in building the nationwide State Wildlife Action Plans. Holly spent the last 10 years at ODFW as Conservation Policy Coordinator in the ODFW Director’s office. She was Oregon's representative for development and implementation of the Western Governor's Association Crucial Habitat Assessment Tool program (CHAT). This program, covering 17 western states, provides data and spatial maps of fish, wildlife and habitats for use in planning and conservation of large landscape-scale projects, and for identifying and managing crucial habitats and connectivity corridors. Along the way, she also assisted the state in bringing a California Condor breeding program to the Oregon Zoo. 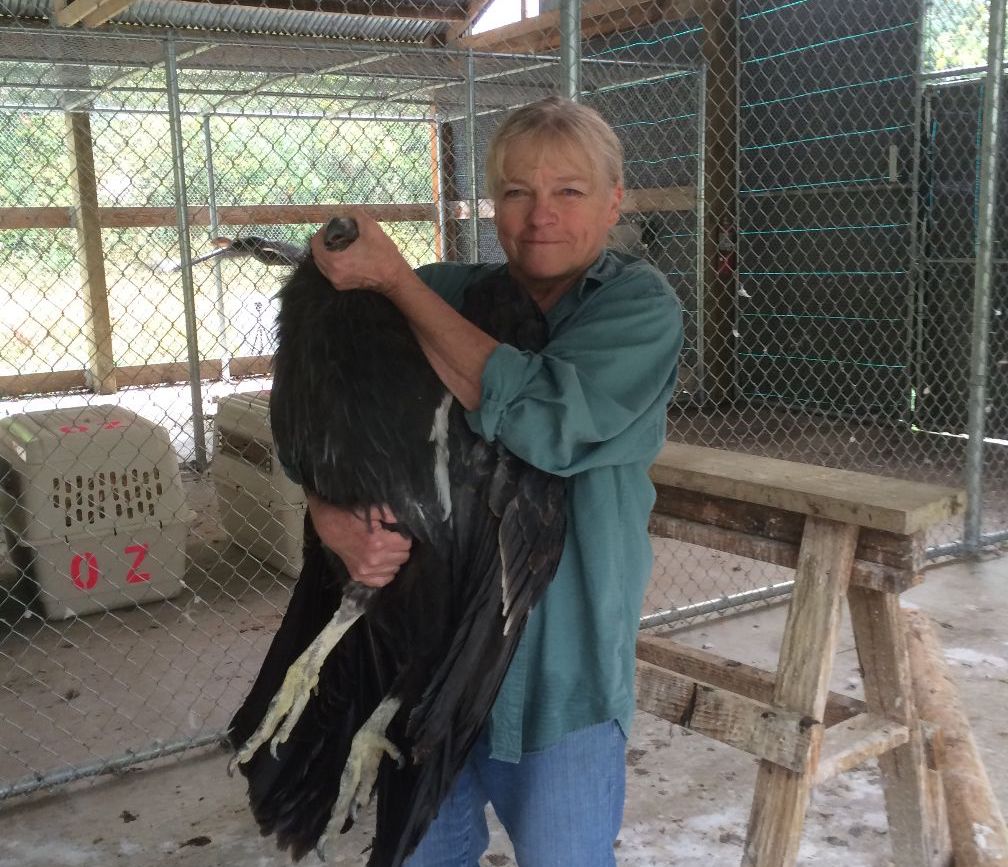 Holly with a California Condor during transfer to a release site.

Another enduring influence on her career was working as a volunteer with the Jane Goodall Institute in 2000. Tanzania in East Africa has seen a massive loss of wildlife habitat with significant impact to chimpanzees, other mammals and hundreds of avian species. Holly joined Dr. Goodall's team working with local villages to find a balance between the needs of people and wildlife on the landscapes in Gombe National Park, where her chimpanzee research continues.

Even though Holly retired from the ODFW in 2015, she has continued to volunteer for natural resource partnerships such as Pacific Birds. She feels “honored and privileged” to be involved in our partner-based, science driven, big-picture approach that delivers projects at the local level and embodies all the vital work proven to be successful in avian and habitat conservation. Her future will bring additional time travelling the world seeking out wild landscapes.