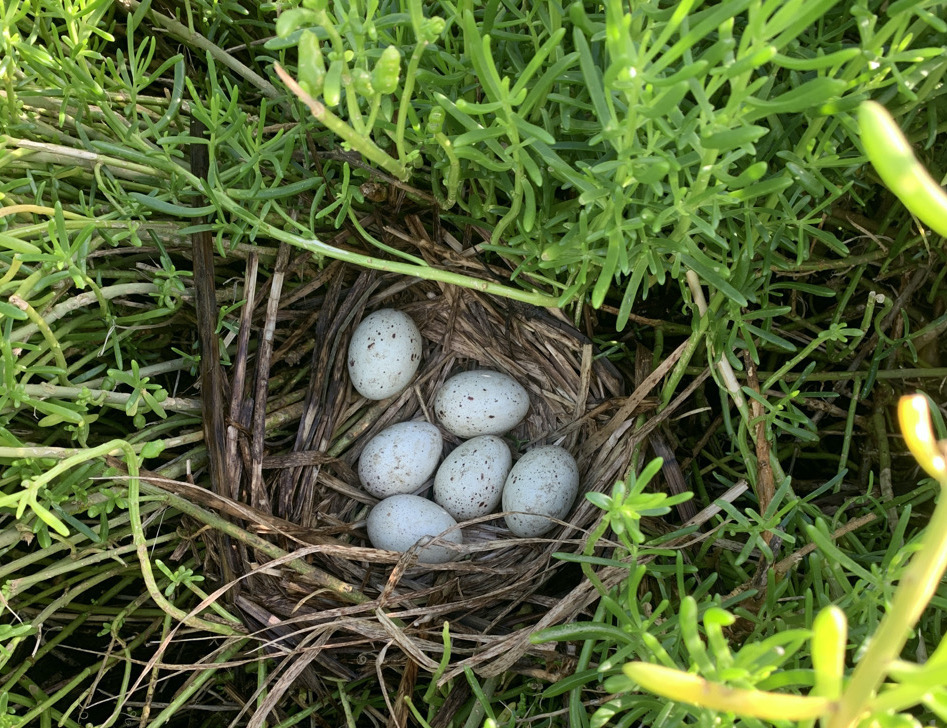 Thank you to Margaret Jensen for submitting this post. Margaret is a KUPU AmeriCorps Intern working with Hawaiʻi Department of Land and Natural Resources, Division of Forestry and Wildlife.

For the past few weeks, Department of Forestry and Wildlife (DOFAW) biologists Lindsey Nietmann and Aaron Works have been carefully monitoring Hāmākua and Kawainui Marsh Wildlife Sanctuaries in Kailua on Oʻahu Island, Hawaiʻi for ‘alae ‘ula or Hawaiian Common Gallinule (Gallinula galeata sandvicensis) nests. Fueled by a Pacific Birds Partnership Grant, they will be attaching VHF transmitters to one chick from each nest and, with the help of two students from the University of Hawaiʻi, locating the chicks daily in order to track survivorship, causes of mortality, and habitat use. The project will help scientists and wetland managers better understand the threats that these endangered birds face during the most vulnerable portion of their lives.

‘Alae ‘ula were once common and widespread across the Hawaiian Islands, but between the development of wetlands and the introduction of exotic predators such as mongoose and domestic cats, their population decreased dramatically through most of the 20th century. They are currently found only on the islands of Kauaʻi and Oʻahu and are federally listed as endangered with an estimated population of about 1,000 birds. That population has been stable or increasing in recent years, thanks to predator control and habitat management efforts, but 1,000 birds is still a precarious place to be. 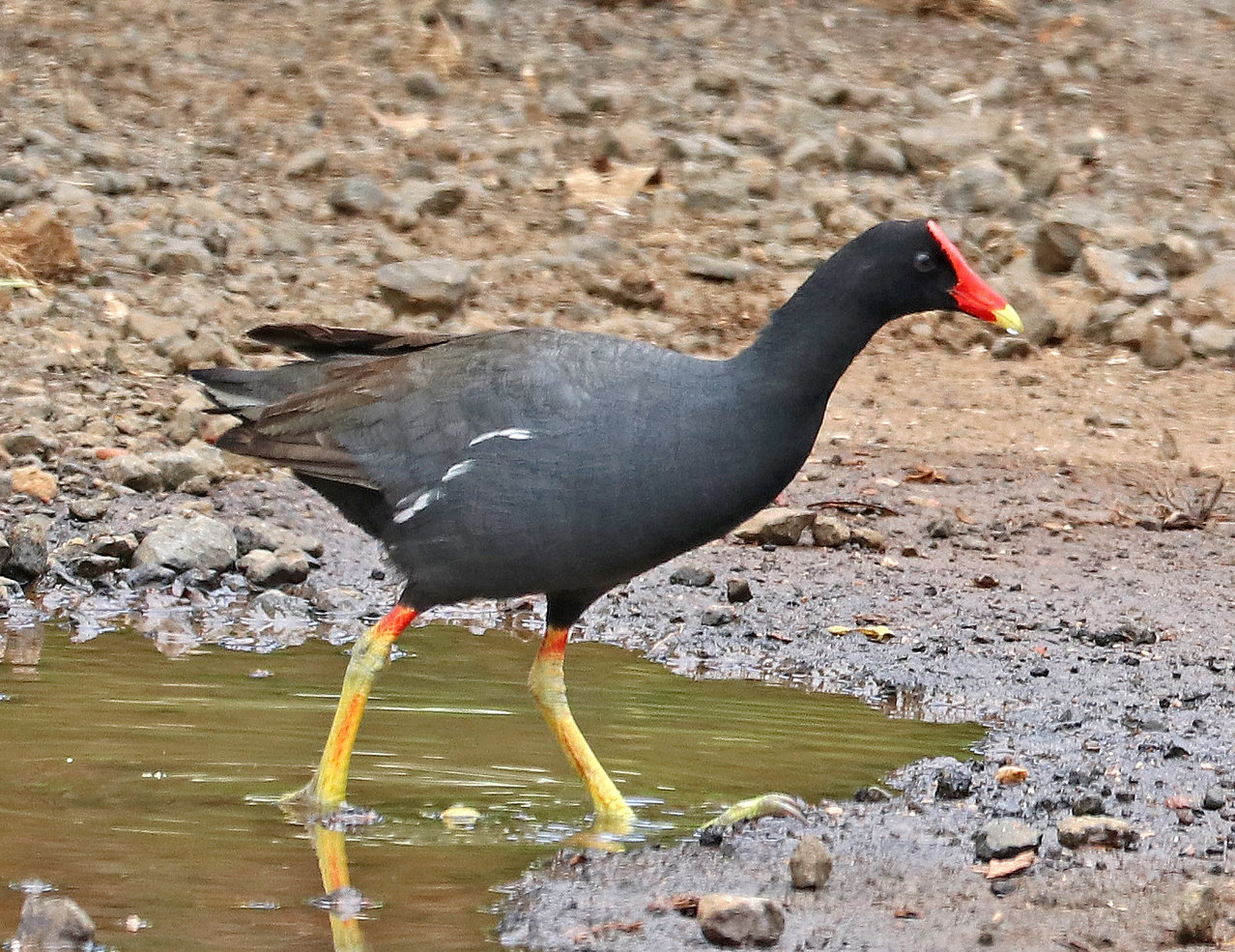 The Hāmākua-Kawainui wetland complex is the largest remaining freshwater wetland area in Hawaiʻi, and an important stronghold for the ‘alae ‘ula population. According to weekly population surveys, Hāmākua Marsh is home to somewhere between 45 and 60 ʻalae ʻula. The birds at Kawainui are a bit more shy and harder to survey, but it too supports a population. Both Hāmākua and Kawainui have good nesting habitat,  thanks to careful management. Without constant removal efforts, both wetlands would be choked with invasive vegetation, such as California grass and mangrove. Pickleweed, another introduced plant species, can be serviceable nesting habitat, but only when it is periodically tilled to prevent it from forming a dense unbroken mat. Invasive predators, such as mongoose and feral cats, present another threat. ʻAlae ʻula are considered "conservation reliant" since they require active management to maintain population levels and suitable habitat. The information from DOFAW’s research will help them and other land managers throughout the state plan conservation efforts that will specifically protect ʻalae ʻula chicks and hopefully increase the population.

So far, the nest-searching season has been an eventful one. ʻAlae ʻula don’t have a strict breeding season like many birds, but they do tend to build more nests while there’s more water in the marsh. The big rainstorm in early-December 2021 was promising, filling all the ponds in the marshes and prompting the birds to start building several nests. ʻAlae ʻula nests are usually built as woven platforms between the stems of dense, upright vegetation, such as kalo or the native sedge kaluhā. These platforms are either directly on or very near water. When water levels rise slowly, the birds will build their nests up to keep their eggs dry. Sudden floods can be too much to keep up with, however: the even bigger rainstorm around the New Year submerged most of the active nests and raised water levels in the wetland complex so much that it washed out the plug of sand at the mouth of Hāmākua Creek. Much of the water in the marshes drained out to sea, leaving them drier than summer in places. There is still some promising nesting habitat, though, and new active nests. The birds who lost their nests to flooding will have time to try again! Fortunately, ʻalae ʻula can build a new nest within a week of loosing their eggs due to flooding. 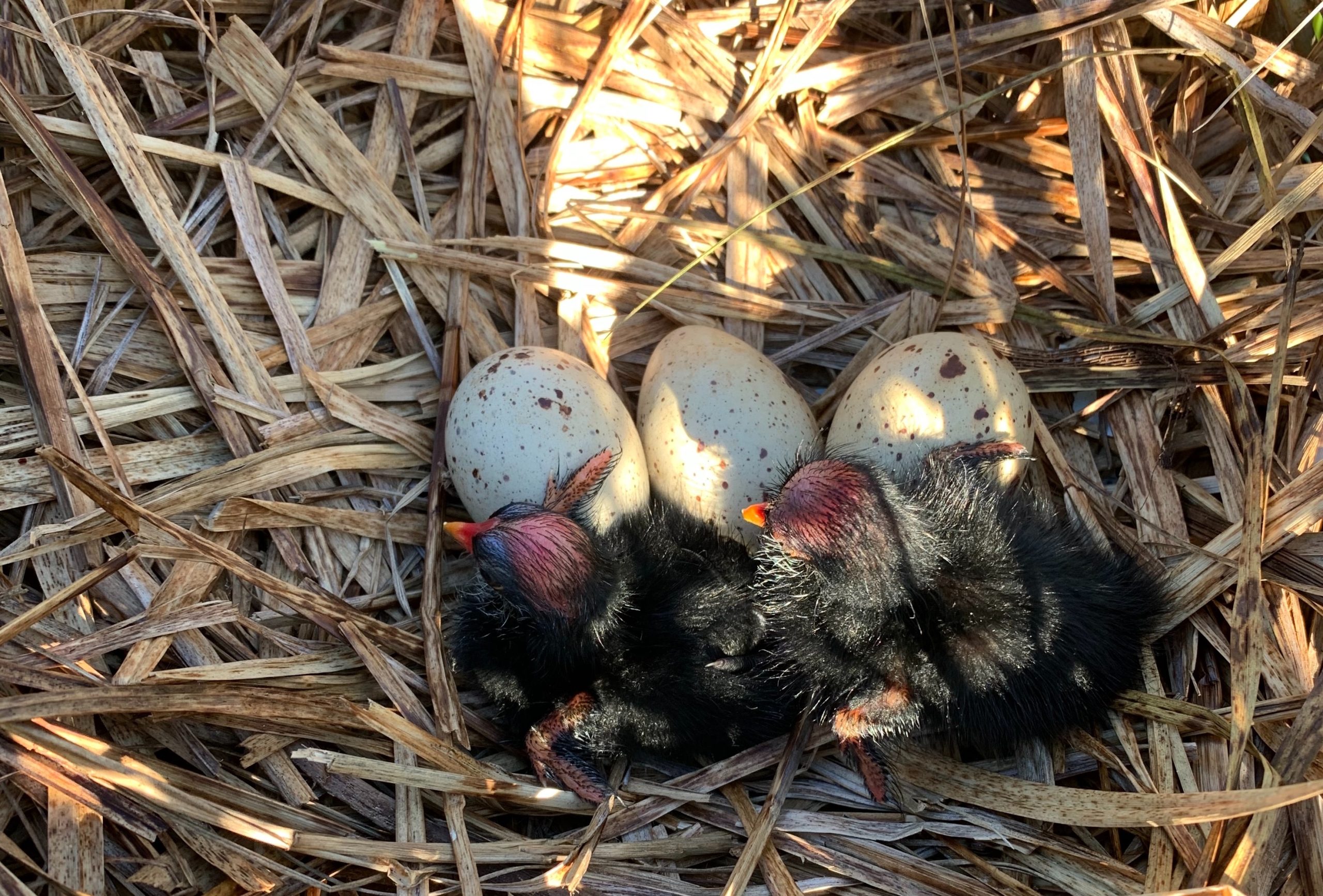