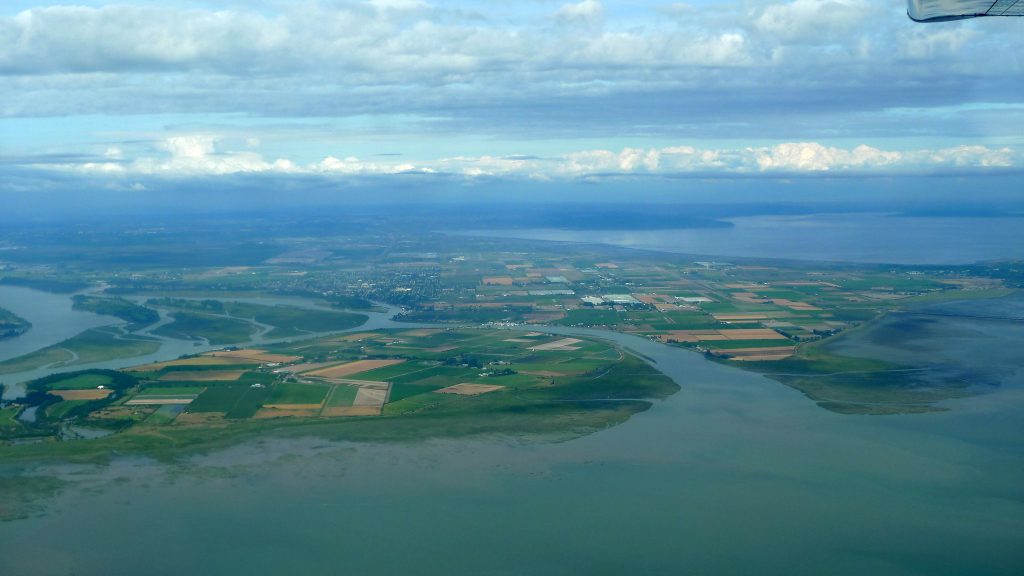 What is a Ramsar Wetland?

The “Ramsar List” currently consists of 2439 designated wetland sites across the globe that have unique values. (Learn more about the criteria for identifying Ramsar Wetlands.) Being on the Ramsar List does not confer legal protection to a site, but the recognition can raise public awareness about unique wetlands and boost conservation efforts. Many different wetland types can be designated Ramsar as sites, including forested, estuarine or emergent wetlands, tidal flats, lakes, peatbogs, and/or wetlands that have a strong cultural significance such as fish ponds or rice paddies. While each designated wetland site has regional value, the Convention’s broader focus is around global biodiversity, sustainability, and human communities. 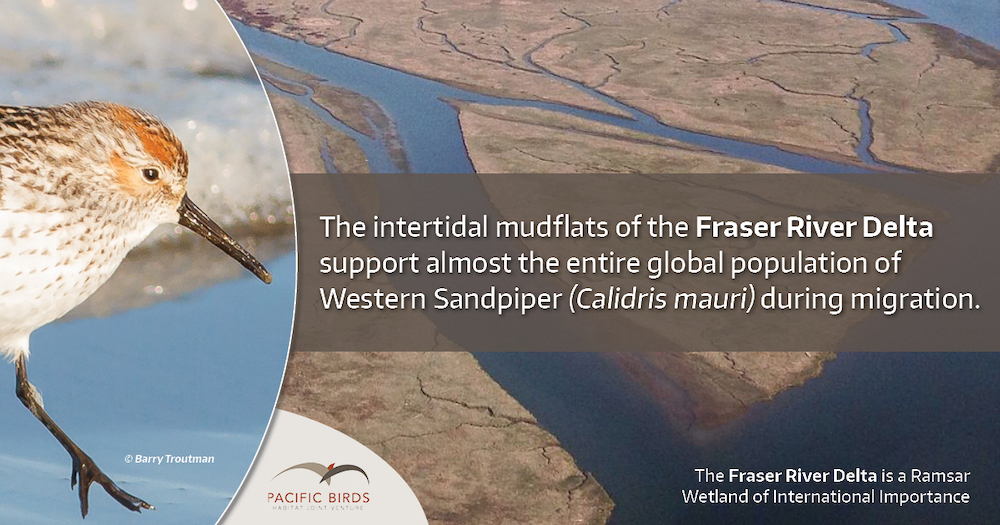 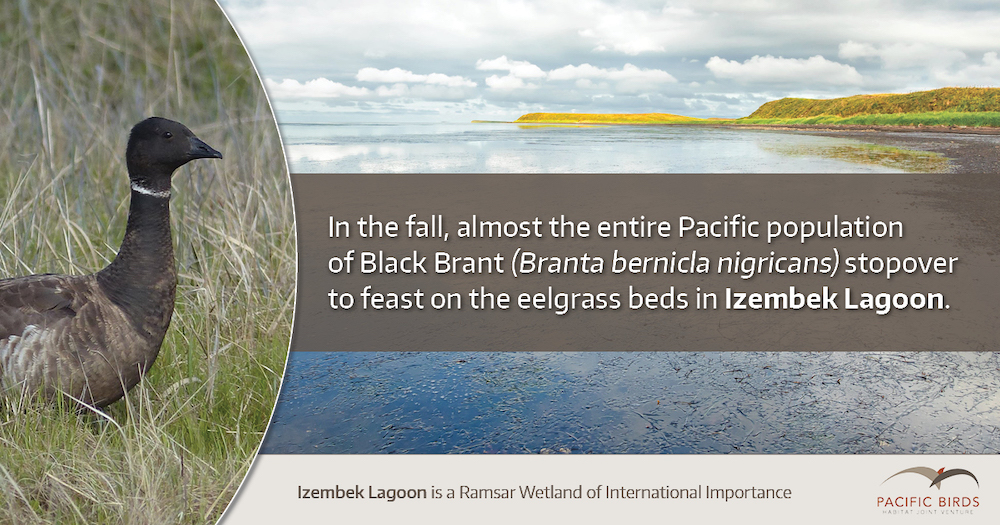 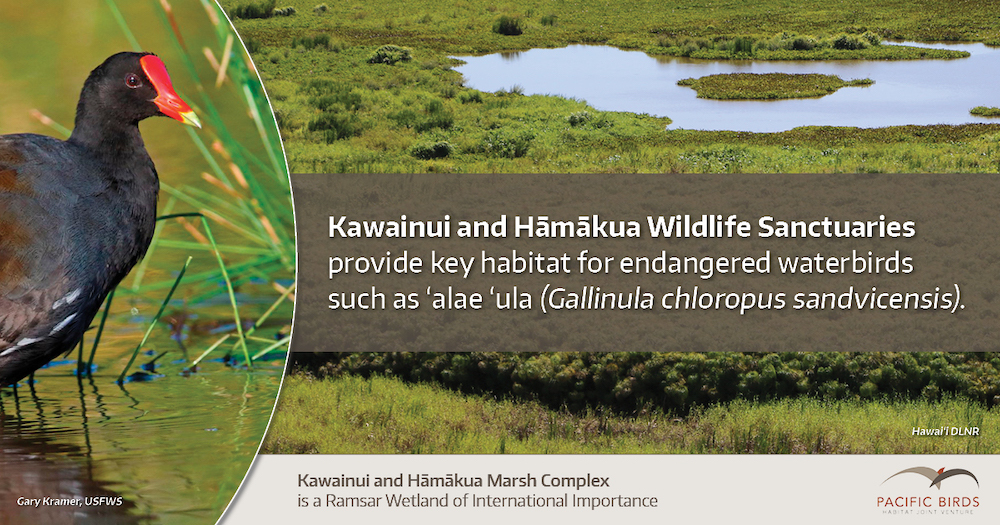 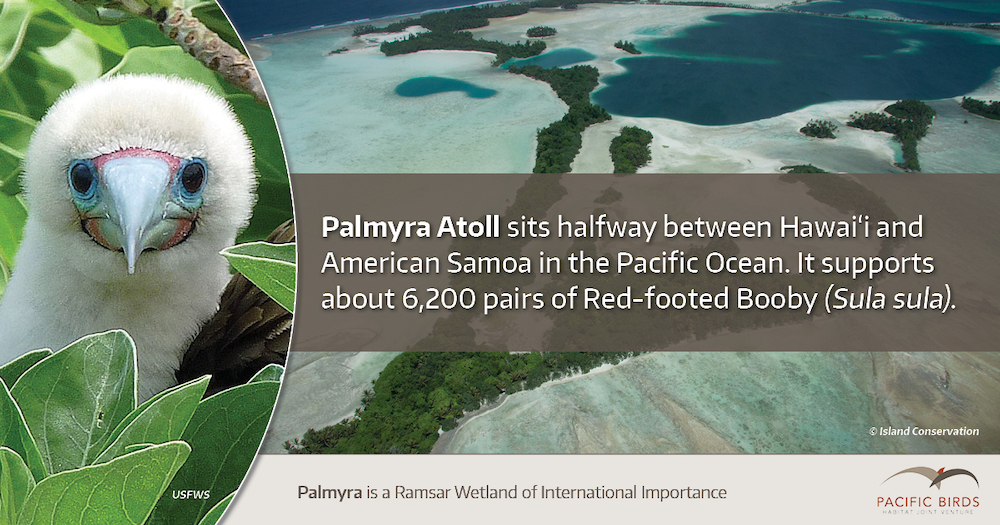 There are four designated Ramsar Sites within the Pacific Birds region, comprising nearly a million acres of land and marine habitats. The birds that use these sites are diverse in taxonomy and habits, from the Black Brant of the Pacific Flyway to the pantropical Red-footed Booby.

The Fraser River Delta Ramsar site in British Columbia is a 20,682 hectare (51,106 acre) complex spread among six distinct components. Collectively, the complex includes floodplains, marshes, intertidal mudflats and other wetland types that support an incredible abundance and diversity of migratory and resident species. The River Delta/ Estuary is considered the most important site for birds (and fish) along Canada’s western coast and is also designated as an Important Bird Area and a Western Hemisphere Reserve Network site.

This site is well known for its abundance of Western Sandpiper (Calidris mauri) during migration, but Dunlin (Calidris alpina), Black-bellied Plovers (Pluvialis squatarola) and several other shorebird species are also found in large numbers. The wetlands and agricultural lands of the Delta support impressive numbers of breeding, migrating and overwintering waterfowl, including Trumpeter Swans (Cygnus buccinator) Northern Pintails (Anas acuta), and American Wigeons (Anas americana) and the marine environments are important to seabirds.

The Fraser River Estuary and Delta is an ecological treasure in many ways. These coastal lands have supported First Nations people for thousands of years. With more than 2,600,000 people now in the Metro Vancouver area,  development infrastructure and pollution pose significant threats to   some of the site’s habitats.

Izembek Lagoon on the Alaska Peninsula is a marine bay renowned for its eelgrass beds. The broader Ramsar site is 168,433 hectares (416,207 acres) with biologically rich lagoons, intertidal habitats, marshes, and uplands, managed as the Izembek State Game Refuge and Izembek National Wildlife Refuge. The eelgrass beds–among the largest in the world–provide a nutritous food source for migratory waterfowl and nearly the entire Pacific population of Black Brant (Branta bernicla nigricans) stopover at Izembek during fall migration to rest and feed. It is also an important site for the Emperor Goose (Anser canagicus), Taverner’s Cackling Goose (Branta hutchinsii taverneri), and Tundra Swan (Cygnus columbianus) as well as other waterfowl, seabird and shorebird species.

As described in Audubon’s Important Bird Area description of the globally significant Izembek-Moffet-Kinzarof Lagoons IBA, “The location of Izembek Lagoon along avian migration routes and the presence of an abundant food resource (eelgrass) make this site one of the most important migratory bird staging and wintering habitats in the world.”

Kawainui and Hāmākua Marsh Complex is a Ramsar site is 414 hectares (1023 acres) at Kailua on the island of Oʻahu. The larger Kawainui Marsh is both Hawaiʻi’s largest remaining freshwater wetland and its largest ancient fishpond, both unique characteristics that are among the reasons this site is important to Hawaiians. The marsh also stores water and mitigates flooding for the surrounding community. Designated a Ramsar site in 2005, and managed by the Hawaiʻi Department of Land and Water, Division of Forestry and Wildlife (DOFAW), the site has undergone a number of collaborative projects to address non-native invasive plant and animal species and other threats. Among many other partners, Pacific Birds has supported habitat work at Kawainui through the Partnership Grant program.

Ramsar’s Palmyra Atoll National Wildlife Refuge site is close to the equator–a lush, low lying series of atolls that is at the far reaches of the Pacific Birds boundary. The 204,127 hectare (504,409 acre) site is home to a suite of habitats including beach forest, coral reefs, intertidal sands and mudflats, and waters of the Pacific out 12 miles that collectively sustain shorebirds, seabirds, sea turtles, monk seals and other tropical plant and animals.

Included within the Pacific Birds boundary due to the migratory birds that use the Central Pacific and East-Asian Australasian Flyways, remote Pacific islands are especially important to several migratory shorebirds. In the non-breeding season, Palmyra is estimated to sustain 5% of the global population of Bristle-thighed Curlew (Numenius tahitiensis), a rare and potentially vulnerable species. This curlew breeds in Alaska, migrates along the Central Pacific Flyway, and winters in Oceania. They have had an increasing winter presence in the Hawaiian Islands in recent years. The nesting birds of Palmyra include seabirds such as the colonial nesting Red-footed Booby (Sula sula), and the Sooty Tern (Onychoprion fuscatus). (See more birds found at Palmyra Atoll.)

The Nature Conservancy and U.S. Department of the Interior own and manage various components of the Palmyra atolls, islands and associated waters. Like with all islands, invasive species such as predatory mammals have the potential to take a heavy toll on the native flora and fauna and sea level rise on low-lying Pacific atolls and islands is a looming conservation threat. 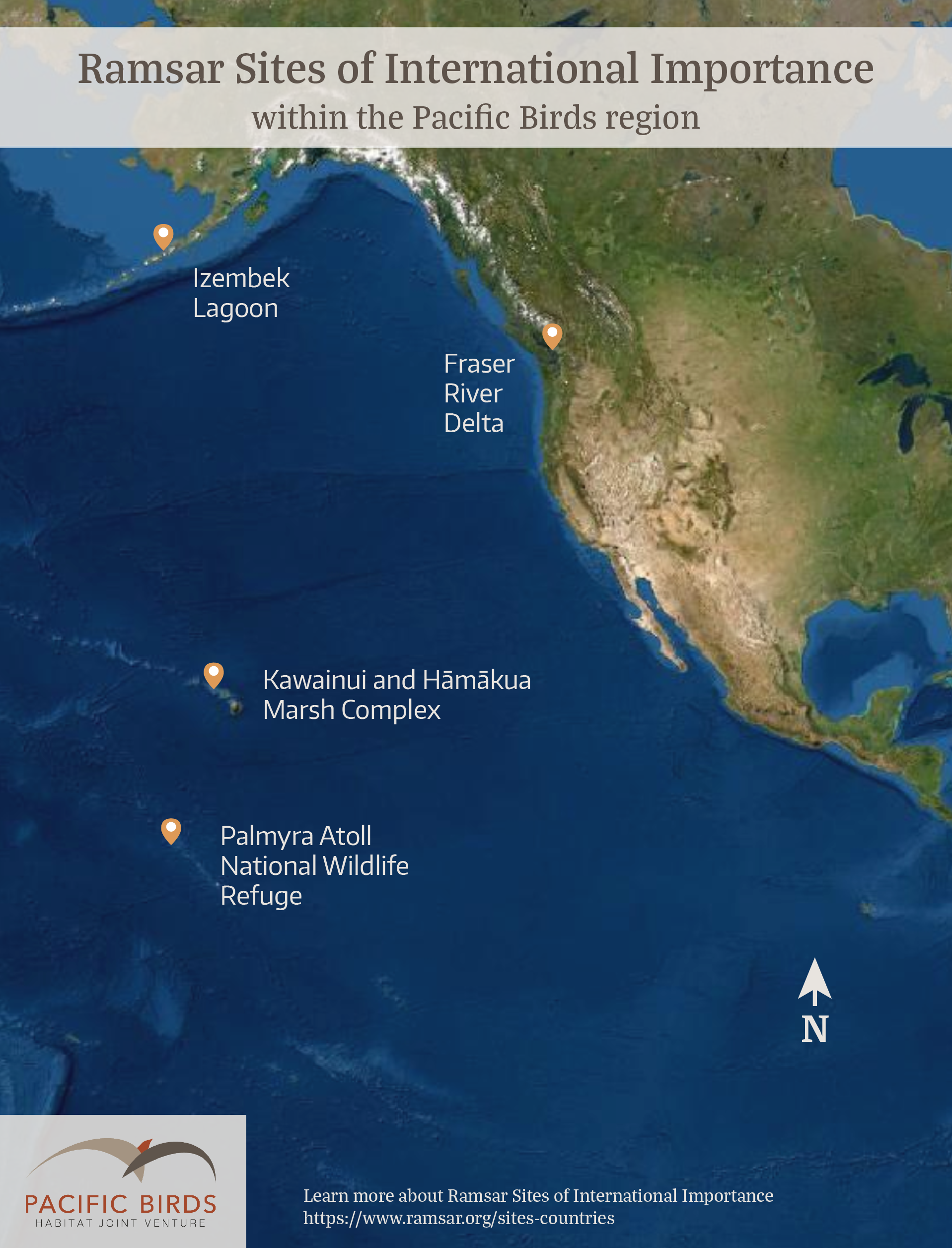