If you are in the northern region of the Pacific Birds area, you may have observed the American Wigeon (Mareca americana) during the summer when these ducks grace northerly lakes, ponds and marshes. Unceremoniously referred to as "baldplate", the male has a white crown in breeding plumage, but they also sport an iridescent green stripe on the head. Females are duller, but both sexes have the characteristic light blue bill with a dark tip and the white upper wing patch as adults. 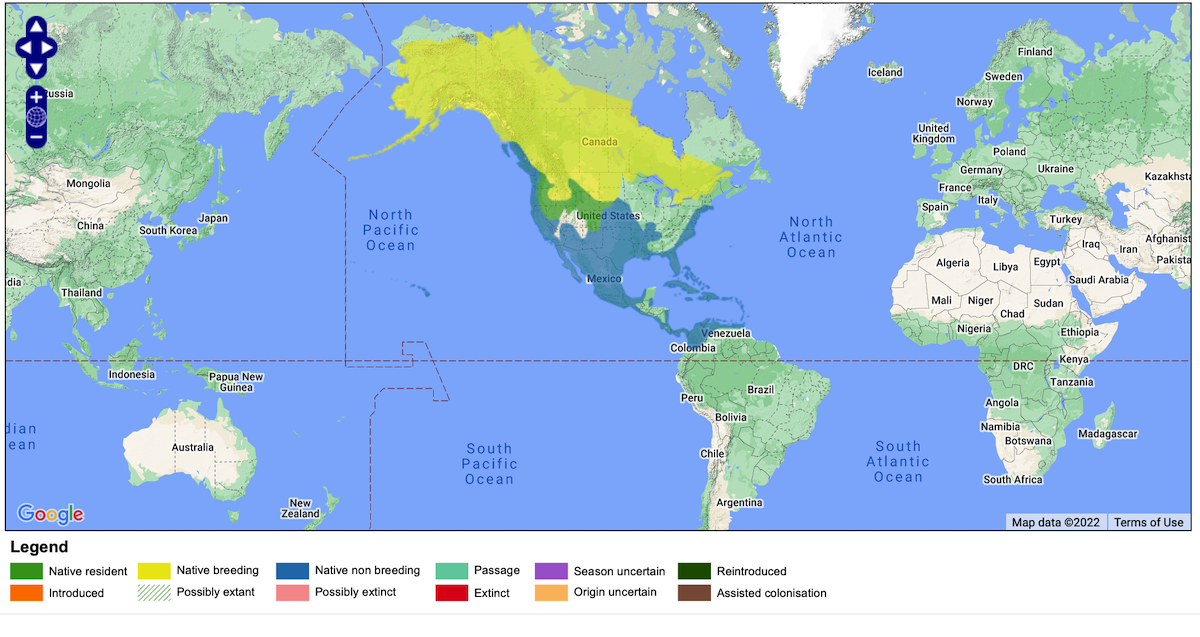 American Wigeon can be found across most of North America at some point of the year, but a significant portion of the population breeds in the boreal forests of Alaska and Western Canada. Those birds that use the Pacific Flyway tend to winder in Pacific Northwest and south to California's Central Valley, but the species' wintering range extends to northern South America. Hawaiʻi has a small number of wintering wigeon that migrate from Alaska breeding areas. American Wigeon are one of the most northerly breeding dabbling ducks, nesting into the upper latitudes of Alaska and Canada.

Where are the wigeon now? Depending on where you are along the Flyway, spring migration occurs from February through the month of May. In the U.S. Pacific Northwest and British Columbia, wigeon are moving through in the highest numbers in March and April and in Alaska the migration peaks in April and May. Fall migration begins by mid-August on the more northerly breeding grounds. You can track them in close to real time on eBird, and see more maps like the abundance maps shown below.

Like pintails and mallards, wigeons are dabbling ducks that generally inhabit shallower waters than diving ducks. During the breeding season they prefer marshes or lakes with submerged aquatic vegetation, nesting in the vegetation up to some distance from shore. Wigeon are described as more vegetarian than other dabblers, but they also feed on small aquatic animals. American Wigeon have short, strong bills that make them more efficient grazers than many other ducks–thus they may be seen grazing plants on land as well as in water, particularly during winter. During migration and the non-breeding season they frequent a variety of terrestrial and aquatic habitats.

A few habits characterize the American Wigeon–they are relatively secretive compared to other ducks, and they flush easily. Their vocalizations are variously described as whistles and soft growls as well as alarm and other specific behavioral calls. (Hear them on the Macaulay Audio Library.) 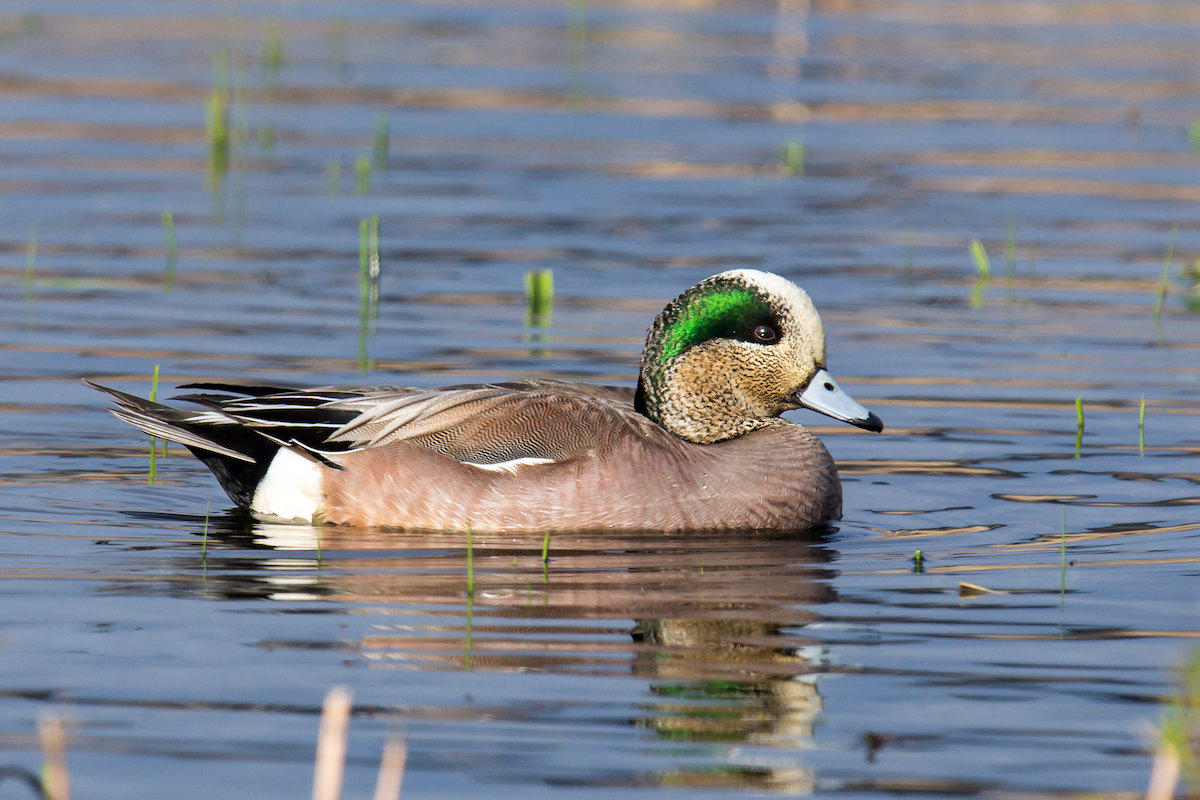 American Wigeon are less abundant than the ubiquitous Mallard (Anas platyrhynchos). The U.S. Fish and Wildlife Service 2021 Waterfowl Population Status Report provides a breeding population estimate of 2,832,100 for 2019, with estimates ranging from approximately 1.7 to 3.8 million since the surveys began in the 1950s. The distribution/range of the wigeon has been changing for at least several decades with a notable increase in the Alaska breeding population.

The wigeon is listed as a species of low conservation concern by Bird Life International. While waterfowl populations are naturally variable over seasons, habitat loss and climate-change related environmental change still present threats across the breeding, migration and wintering areas.