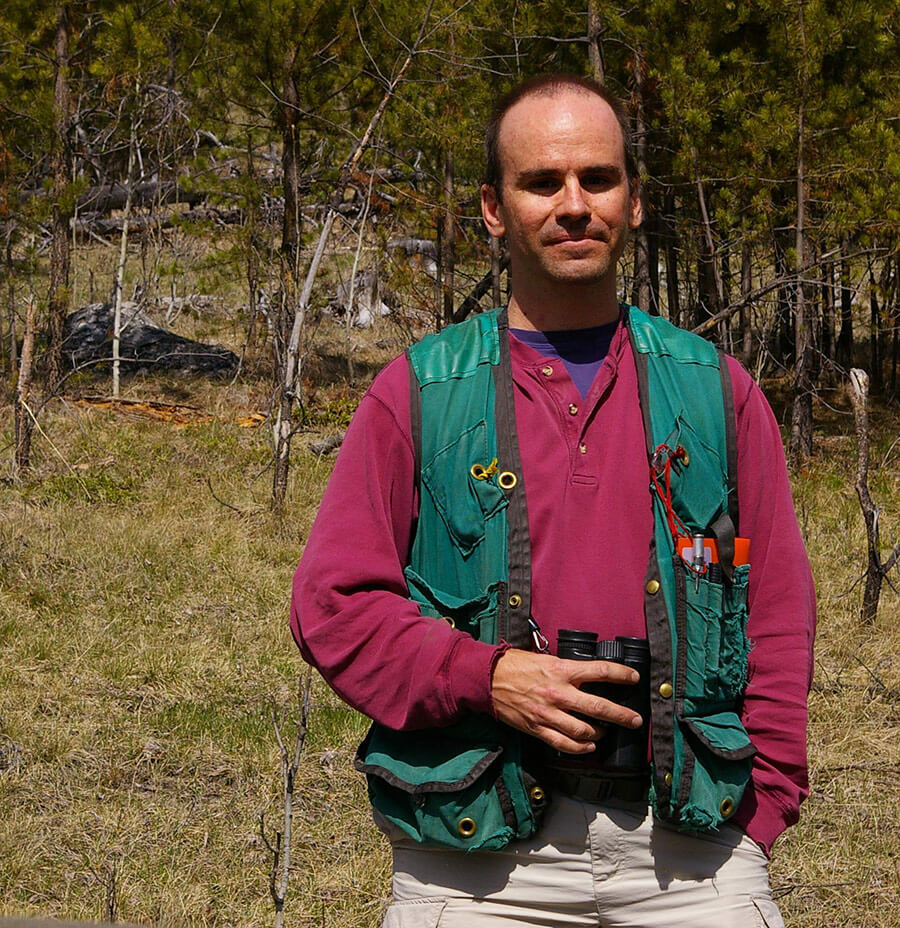 Bruce is a Registered Professional Biologist, and started his career in the 1990s working on a variety of wildlife species. This included time scouting bears and wolves in the Canadian Arctic and tracking furbearers in the Peace. He has spent the last 15 years working in Kamloops as the provincial biologist for Ducks Unlimited Canada.

Despite having one foot in coastal ecosystems and the other in the Interior, Northern British Columbia is still his favorite landscape. Born and raised in Fort St. John, Bruce spent many days exploring northern wetlands, meadows and forests. He’s almost always accompanied by his trusty field assistant Logan, a golden retriever who gets carsick but refuses to stay at home. Bruce holds a Master of Science from the University of Alberta, where he studied how partial-cut logging affected songbird communities, a Technical Diploma in Fish, Wildlife and Recreation from British Columbia Institute of Technology, and a Bachelor of Science from University of British Columbia in Animal Biology. In his spare time, he coaches youth soccer and hockey.